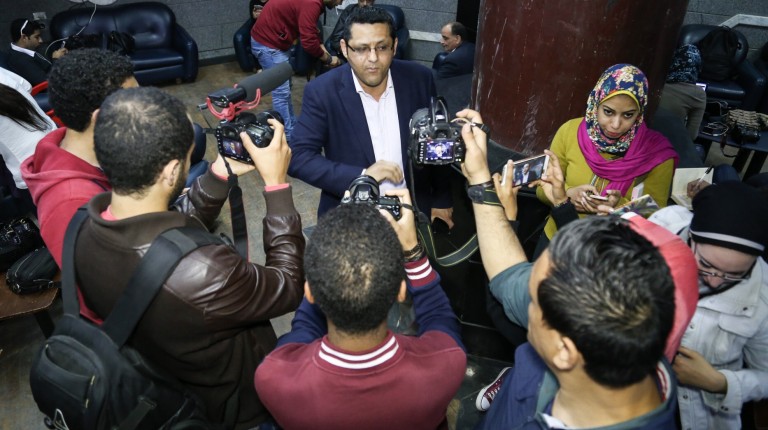 The three journalists were sentenced in November to two years in prison with a bail of EGP 10,000 each, on charges of harbouring two wanted suspects.

The leaders were accused of harbouring wanted journalists Amr Badr and Mahmoud Al-Saqa in the syndicate; however, the defendants claimed no arrest warrants were issued against them.

Badr and Al-Saqa were arrested after security forces stormed the syndicate on 1 May to arrest them, as they had launched a sit-in in front of the Press Syndicate headquarters in late April in opposition to security raids on their private residences. The journalists were wanted in the case known as the “Red Sea Islands” case, as they were accused of publishing false information.