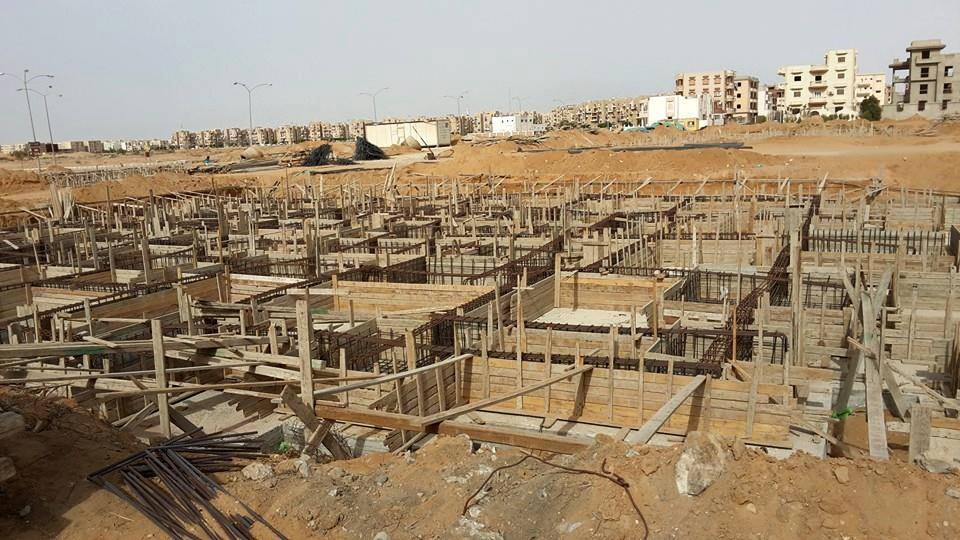 Some of these investment projects are under construction, while other projects will be proposed within the national projects for roads, social housing, basic facilities, and infrastructure.

Chairperson of the SDA Mohamed El-Sakka said that the authority’s investment in Port Said will increase to EGP 8.2bn after the launch of a number of new projects.

He told Daily News Egypt that roads and bridges investment projects in the governorate amounted to EGP 3.7bn, with a total length of 110 km.

El-Sakka added that the SDA implements an axis road parallel to the Suez Canal at a length of 95km, worth more than EGP 3.5bn.

He pointed out that road is 80m wide and includes five traffic lanes, of which two are allocated for trucks, in addition to 11 bridges and 16 tunnels. The first phase of the axis road will be inaugurated in April.

El-Sakka said that the authority has paid EGP 500m of compensations to the owners of lands located in the area of the road, adding that the Armed Forces Engineering Authority implemented five service centres and two other centres to collect traffic fees.

He further added that the new road will serve Damietta, Port Said, Sharq at Tafriah, Suez, and Alexandria. It also serves major roads, including the international coastal road around Port Said and Damietta, and the parallel road to Al-Salam Canal.

El-Sakka said that the second phase of the project is planned to include development zones on both sides of the road, including national manufacture and logistics projects, noting that this area is promising, being located between a number of roads that facilitate transport and trade exchange.

He pointed out that the cost of roads, bridges, sewage, and infrastructure projects in Port Said amounted to EGP 204m.

El-Sakka said the authority is working on the establishment of 24,000 units within the low-income housing project in Port Said at a cost of EGP 4.3bn.

He added that the first phase of the housing project includes 3,909 residential units and 89 commercial units, at a cost of EGP 760m.

He furthermore noted that the authority will deliver 1,715 units of this project to the Ministry of Housing, Utilities, and Urban Communities. The SDA will also offer tenders for the establishment of a further 20,000 housing units in south Port Said, at an estimated cost of EGP 3.5bn.

The SDA’s investments in Damietta reached EGP 180m, including road projects on a length of 5 km and at a cost of EGP 5m, El-Sakka said.

He added that the cost of the social housing project in the governorate reached EGP 175m and includes 35 buildings, consisting of 948 fully equipped units.

The volume of investment carried out by the SDA in South Sinai reached EGP 1bn, including roads projects in Dahab, Tur, Nabq, Sharm el-Sheikh, and Ras Sidr cities, on a length of 90 km and at a cost of EGP 172.5m.

El-Sakka said that the Bedouin housing projects include 150 houses in Tur and St. Catherine cities, at a cost of EGP 24.5m.

The authority implements service buildings and projects at a cost of EGP 408.5m, including drinking water, sewage and electricity stations, as well as roads serving about 600 pieces of land.

The cost of electricity projects in the South Sinai governorate records EGP 99m, while the comprehensive development projects, which include 15 farms on an area of 100 acres allocated to fish farms, retail outlets, and occasions centres, will cost about EGP 96m.

He added that the authority’s investment in Ismailia governorate reached EGP 238m, of which EGP 64m allocated for road projects on a length of 52.4 km, and Bedouin housing projects at a cost of EGP 23m.

Additionally, the authority builds villages in the desert extension of cities, which includes the establishment of a village in the technology valley area at a cost of EGP 75m.

In Suez, the SDA injected investments of about EGP 242m, of which EGP 60m allocated for road projects on a length of 13 km and electricity lines at a cost of EGP 12m. He added that the social housing project in Suez costs EGP 170m and includes 47 buildings, consisting of 1,128 fully equipped units.

El-Sakka said that road projects in North Sinai were implemented on a total length of more than 300 km and at a cost of EGP 400m. He added that the cost of Bedouin housing projects in the governorate amounted to EGP 147m and that it includes 106 houses.

He added that the SDA implemented electricity projects to provide power supply to the villages and cities that are most in need, including Nekhel, Hasanah, El-Arish, and Bir Al Abd, at a cost of EGP 121m.

El-Sakka said that North Sinai’s share in the first and urgent phases of the social housing project amounted to 472 units in 25 buildings, at a cost of EGP 75m.

He pointed out that the authority has allocated about EGP 90m for the service buildings and EGP 69m for comprehensive development projects.

El-Sakka asserted that the SDA focuses on the implementation of development projects in the Sinai Peninsula, adding that a special unit was established at the SDA to develop the Bedouin communities with special and separated funds.

El-Sakka said that the resettlement of Bedouins in Sinai includes the establishment of schools, healthcare centres, event centres, and mosques. The SDA also provides training programmes, and literacy and handicrafts lessons for women.