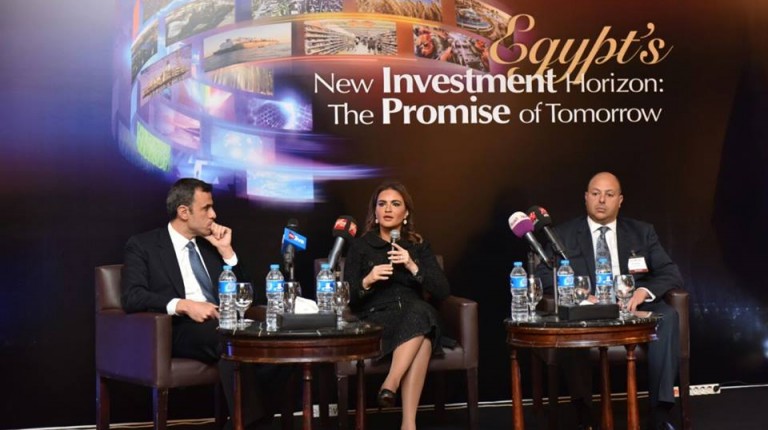 Egypt is looking forward to a new phase of Egyptian-American relations and aspires to achieve greater economic cooperation and more US investment in the next phase under the new US president Donald Trump, according to Minister of Investment and International Cooperation Sahar Nasr’s statement on Tuesday.

During a meeting with leaders of the business community at the American Chamber of Commerce, Nasr said that she supports the business sector and aims to transform her words into actions.

She noted that the new investment law being prepared now will convey a clear message to investors that the government supports the private sector. “The legal aspect is the key, but it alone will not be enough,” she stressed, adding that she is working to redraft a number of laws and overcome some obstacles that face investments.

President Abdel Fattah Al-Sisi is set to visit Washington next week, where he will meet with Trump, in his first official visit to the White House since taking office in June 2014.

Nasr admitted that Egypt has bad ranking in the Doing Business Index, which prompted her to invite a mission from Washington that includes representatives of different institutions to improve Egypt’s ranking.

She pointed out that the ministry is keen to formulate a clear and simple law that enables small investors to benefit just like major investors.

Nasr explained that the new investment law will include several incentives to investors in major economic sectors, such as the projects that will create jobs or invest in investments-deprived areas, along with the project that improves exports or provides alternatives to imported products.

Anis Aclimandos, president of American Chamber of Commerce in Egypt (AmCham), said that Al-Sisi’s visit to the United States in April is very important, being the first official visit of an Egyptian president to the White House since 2004. He highlighted the importance of the summit between Al-Sisi and his American counterpart, Trump, in strengthening the Egyptian-American relations in all fields, in particular the political and economic ones.

He added that a delegation from the Egypt-US Business Council (EUSBC) and AmCham will take part in the visit to hold meetings with American investors and businesspeople. During the meetings, the Egyptian side will explain the economic circumstances in their country and the government’s efforts to improve the investment climate.

Aclimandos described the economic relations between Cairo and Washington as strong and distinctive, pointing out that the trade exchange between the two countries exceeds $5.5bn and that some 1,000 American companies have investments in Egypt spanning several sectors.

Furthermore, he explained that the American investments in Egypt are growing, where the last year alone saw $2bn more worth of investments. He stressed the importance of the new investment law to improving the legislation climate and facilitating procedures to the private sector.

Chairperson of the EUSBC Omar Mohanna said that the council and AmCham are organising a Door Knocking delegation to visit the US in May with representation of over 40 Egyptian and American companies in Egypt to visit Washington and present the available investment opportunities.

He added that the mission would be completely different than previous missions, considering the positive changes of the American Egyptian relations after Trump won the US presidential elections.

He pointed out that the mission will look to benefit from the Egyptian American rapprochement after nearly 13 years of apathy in relations, which reached its peak during Obama’s administration.

In addition, he noted that Trump’s decisions to limit free-trade agreements is directed mainly to China, where Egypt can benefit from that through attracting US investments that can access European market through Egypt that has free trade agreement with the European Union.