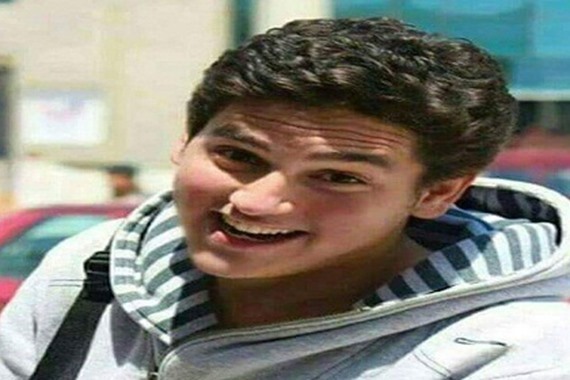 “We still did not receive any promises regarding my brother’s medical release, as we are still not able to contact any state officials, especially from the interior ministry,” Mohamed El-Khateeb, brother of detained Ahmed El-Khateeb, who is suffering from Leishmaniasis.

El-Khateeb explained during a phone interview with Daily News Egypt on Tuesday that no one from the Ministry of Interior or from the parliament’s Human Rights Committee has contacted them, as they are only allowed to file complaints but are not entitled to meet someone or receive an answer.

However, he added that they were able to contact members of the government-affiliated National Council for Human Rights (NCHR).

El-Khateeb, who is a student at the faculty of medicine, started showing symptoms of Leishmaniasis after being stung by a sand fly, according to medical reports by Qasr Al-Aini hospital.

The student was arrested on 28 October 2014 from Sheikh Zayed near 6th of October City and has been imprisoned ever since on accusation of belonging to the outlawed Muslim Brotherhood, and was sentenced to ten years prison in March 2016.

He was transferred from Wadi El-Natrun prison to Al-Abassiya Fever Hospital. The family has so far not been able to visit El-Khateeb, as he was transferred only a week ago and visits are only permitted after 15 days.

Regarding the student‘s condition, Mohamed said his brother acquired the disease six months ago, during his time in prison, adding that, according to medical reports, he started showing symptoms six months after being stung.

When Daily News Egypt contacted members of the NCHR to provide their views after receiving the complaints from his family, Salah Sallam, a member of the NCHR and a doctor, said that he did not visit El-Khateeb so far, as he is still waiting for the ministry’s approval.

He added that when he visits El-Khateeb, he has to examine if the prisoner is receiving proper medical treatment, and whether he needs to be transferred to a private hospital.

He concluded that all information he has regarding El-Khateeb’s status are the medical reports.

The complaint regarding El-Khateeb was sent to the NCHR’s responsible committee after being handed to lawyer and member of the NCHR Ragia Omran.

Osama Al-Ghazali Harb, veteran politician and head of the president’s Detained Youth Committee, talked to media outlets and stated that El-Khateeb will be recommended to be included in the upcoming pardon list. His brother commented that he did not get any confirmation so far from members of the committee.

In a similar context, the Doctors Syndicate demanded—in a number of letters sent on Monday to several officials, including Prosecutor General Nabil Sadek and Minister of Interior Magdy Abdel Ghaffar—fair medical treatment for El-Khateeb.

The Syndicate’s letters suggested conducting medical examinations on the prisoners at Wadi El-Natrun, where El-Khateeb was imprisoned, as well as citizens living in the area, in order to guarantee that nobody else has been infected.

An online petition was also started, calling for amnesty for El-Khateeb on grounds of his medical condition. It so far has gathered over 30,000 signatures. Multiple local and international organisations expressed their concerns regarding his condition, calling for proper medical treatment and medical release.

Daily News Egypt attempted to contact members of the parliament’s Human Rights Committee, but they were not available for comment.