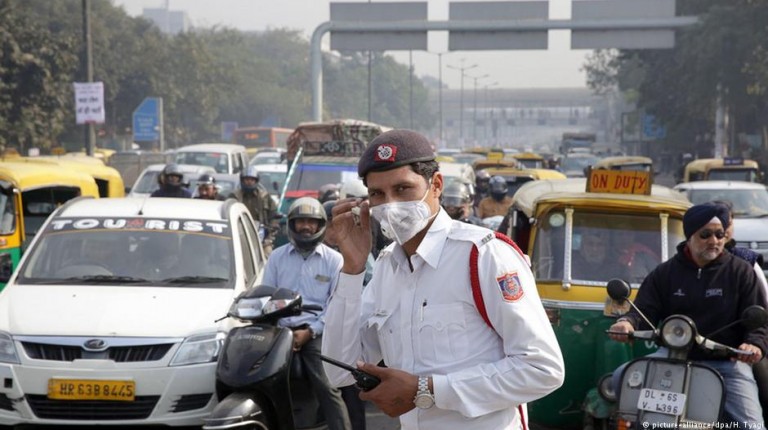 India’s top court has ruled vehicles running on old technology and causing too much pollution must not be sold anymore as of April 1. Manufacturers had hoped the judges would give them more time to make adjustments.India’s Supreme Court on Wednesday banned the sale of vehicles in the Bharat Stage III = Euro III emissions category in a move that it believed would help improve air quality across the Asian nation.

“The right to health takes precedence over the right to commerce,” the judges argued, ruling that any vehicle that was not Bharat-Stage-IV-compliant could not be sold after March 31, including two- and three-wheelers.

The court referred to a report by a panel of experts pointing out that BS IV vehicles had 80 percent lower particulate emissions than those in the lower category.

Manufacturers had hoped the court would give them more time to clear inventories as its 2015 judgment was not definitive in this regard.

“The worry is how does one do business in India, if goalposts are changed in the eleventh hour,” said Sandeep Narain from the Society of Indian Automobile Manufacturers (SIAM).

The Supreme Court dismissed that criticism, saying carmakers “chose to sit back and declined to take sufficient pro-active steps” despite a looming deadline.

Back in 2014, New Delhi took the unenviable title of the world’s most polluted city. The study by the World Health Organization said 12 other Indian cities ranked in the top 20 of a total of 1,600 scrutinized towns around the globe.

What a Trump win would mean for the environment