Business The best thing to do is to save your money at a fixed rate by investing in real estate: El-Shinnawy
Pin +1 WhatsApp Tweet Share Share Jobzella Email 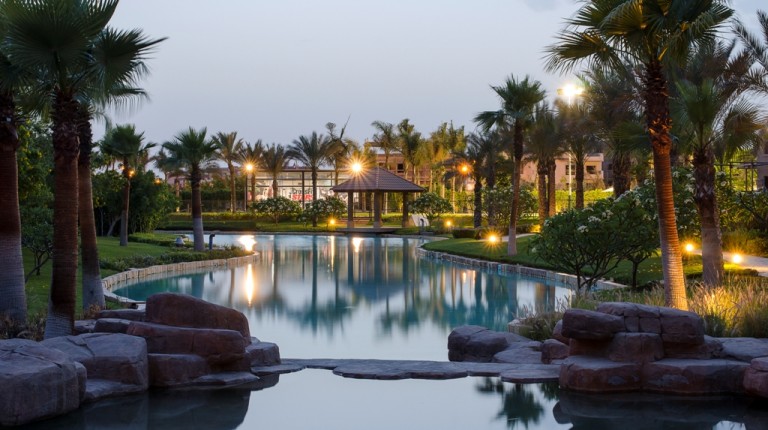 With the chaotic rate of the dollar and the drastic increase in prices, people would think that real estate sales would suffer losses; however, the figures show opposite results.

According to the sales director at Hassan Allam Properties, Sherif El-Shinnawy, sales have increased after the flotation of the pound.

Although the uncertainty after the devaluation of the pound took over the sector, and confused people about where the pound was going, Hassan Allam Properties’ sales have been working very well in comparison to Q4 of last year, despite them not launching any new projects in the past three months.

However, Hassan Allam Properties’ case differs from most—if not all—real estate developers in Egypt, because they have an important strength, which is that they are the sister company of Hassan Allam Construction.

The flotation of the pound had a negative impact on the real estate sector when the prices of the materials increased, leading the majority of developers to increase prices by 20 to 35 percent.

El-Shinnawy said that Hassan Allam raised their prices competitively and efficiently compared to other developers, because they do not outsource their construction due to working with their sister construction company.

“In my opinion, sales have increased in number after the flotation of the pound, especially in projects like Swan Lake El-Gouna,” said El-Shinnawy.

He explained that El-Gouna, or the Red Sea area in general, which is the place of one of their most successful recent projects, is related to the dollar because it is priced in dollars, making it a really good real estate investment in Egypt.

“I think the whole real estate sector was working well after the devaluation—especially the primary market—because real estate in Egypt is like a safe haven. Many anticipated that real estate would suffer tremendously after the 2011 uprising, but quite the opposite happened, and most developers’ sales soared dramatically in 2011-2012,” he said.

“Bottom line is it is the most secure form of investment for the majority of Egyptians,” he added.

In Q4 2016 Hassan Allam Properties achieved 173% of sales compared to Q4 of the previous year. “I believe this is a direct effect of the flotation,” said El-Shinnawy.

Hassan Allam Construction works for some of the biggest real estate developers in Egypt, like Palm Hills, Emaar and SODIC, not to mention projects for the government and the army; “you name it,” said El-Shinnawy.

“You’d be surprised at the scope and variety of the projects we build if you check out the Hassan Allam Construction projects on our website,” added El-Shinnawy.

Hassan Allam Construction is one of the biggest and oldest construction companies in Egypt and is a private-sector company.

“Having Hassan Allam Construction as our sister company,” said El-Shinnawy, “not only allows us to deliver on time or even ahead of schedule, but also gives us a huge edge in regards to construction cost efficiency.”

El-Shinnawy said that “this sector is performing well and there is a huge surplus in demand over supply, especially in the high-end segment,” he said.

Some developers launched projects in the past two months, and they outperformed expectations despite the 20-30% increase in prices and despite January and February traditionally being the slowest months in the industry.

It is not certain where the pound and the dollar are heading, therefore the best thing to do is to lock your money with a fixed rate by investing in real estate and paying via instalments with a flexible payment plan over six and seven years, according to El-Shinnawy.

Hence, many people now think that the best investment is in real estate in order to keep their money’s value, and to quit the habit of keeping up with currency’s chaotic updates.

El-Shinnawy explained that the investment decision is as following: “you are not just investing in real estate, you are investing in a credible and well-established real estate developer, and at the same time, the neighbourhood and community are essential.”

He added that some compounds look great, but have a substandard location and community, which adversely affects demand—specifically in A-class projects.

However, El-Shinnawy explained, “Conversely, other compounds, no matter how small, have an exceptional community and a great neighbourhood resulting in steady demand.”

Those compounds’ prices escalate around 25% annually.

“These are the keys: a credible developer, and a good neighbourhood and community,” said El-Shinnawy.

Regarding these projects, El-Shinnawy said that the people’s satisfaction with the quality and community is the prominent factor.

The two projects that are under construction but are selling right now are Swan Lake North Coast and Swan Lake El-Gouna, which were both launched in the last 18 months.

The 2017 goal for the company is to sell and finish Swan Lake North Coast and Swan Lake El-Gouna, as well as to achieve more than 50% sales of the new 6th of October City project. El-Shinnawy added that the aim is to “not just sell out, but maintain the right calibre of clientele,” said Shinnawy.

Hassan Allam Properties targets the upper A-class of the society.

El-Shinnawy clarified that part of their mission is to remain Egypt’s foremost boutique developer that cares about quality, not just quantity. Their slogan is “Family comes first.”

A-class developers in Egypt offered a lot in the sector. They offered luxurious products, quality, and community, which are essential and contributed a lot to the sector.

“We are committed to delivering high-end projects, focused on creating highly selective communities, and a quality of projects that serve all family members,” said El-Shinnawy.

Hassan Allam Holding is one of Egypt’s largest and best-known construction and property groups, serving customers at home and throughout the region. They operate through two distinct and wholly owned subsidiaries—Hassan Allam Construction and Hassan Allam Properties—with a successful network of subsidiaries in strategic regional markets such as the Kingdom of Saudi Arabia and Algeria.

The company employs over 11,000 people that operate through Hassan Allam Construction and Hassan Allam Properties.

Hassan Allam Properties was among the very first privately owned construction companies to ever be established in Egypt and is widely recognised as an early pioneer of the modern construction sector. Today, the group continues to rank among the very top construction and property businesses in the Egyptian market, with heavily expanding activities throughout the Middle East.