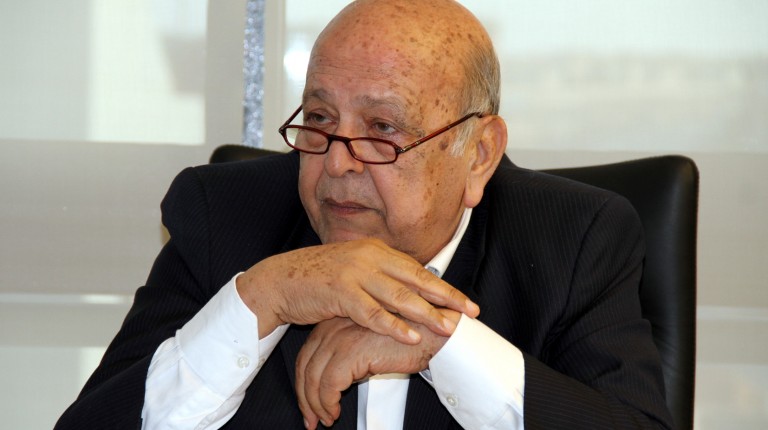 What are the company’s most important projects?

Al Ahly Real Estate Development is currently considering a project in partnership with Layan within the Mostakbal City project. The project will be launched this year, in addition to the selling of the third phase of Square 2. The company has also received an offer to construct a sports club in Al Mansoura.

The project includes developing 100 acres in partnership with Kuwaiti Layan.

Last year, Al Ahly contracted with Layan to develop 150 acres owned by the Kuwaiti company in New Cairo. Al Ahly will re-plan the areas and implement the units in the projects to sell them.

The alliance with Layan is considered one amongst three other alliances. Al Ahly has also contracted with Dar Al Maaly to implement two projects, as well as with a Yemeni company to develop a large area in the Red Sea governorate.

The partnership with Layan is the second one to be considered by Al Ahly in Mostakbal City, where 400 acres—distributed on four lands—are developed in partnership with Dar Al Maaly. The company is marketing the first and second phases and is waiting for licenses to launch the third phase.

The company has cooperated with Dar Al Maaly in the Square 1 project in New Cairo, where 99% of it was implemented and a large percentage was handed to customers.

Dar Al Maaly is considering establishing a medical area in Egypt to include a number of hospitals, targeting Arab visitors who pay lots of money to receive treatment in European countries while Egyptian doctors have the same efficiency. Al Ahly, however, will play an advisory role only.

The third partnership is with a Yemeni investor. It aims to develop an area of 1,000 acres in Sharm El-Sheikh. Al Ahly signed a partnership contract before the 25 January Revolution and finished the designs; however, the delay in tourism over the following years led the company to work on the project with slow and limited rates, on both the executive and sales levels.

The company is currently issuing permits for the project in the North Coast. What are the features of this project?

The company has issued licensing for 300 acres in the North Coast to develop them in partnership with a local investor. It is expected to start implementation and sales this year. The project will be completed within two to three years.

Al Ahly concluded a partnership contract with an investor who owns the 300 acres. Al Ahly develops and markets the project for a share of revenues.

Al Ahly has signed a cooperation protocol with the Saudi Ministry of Housing a year ago. What are the details of this cooperation?

There is a cooperation protocol, which is currently under study that aims to implement projects for the middle class in Saudi Arabia.

Al Ahly signed another cooperation protocol with the Saudi ministry of housing a year ago, besides three other Egyptian companies. Al Ahly aimed to enter the Saudi market to develop real estate projects. The Saudi Ministry of Housing aims to facilitate the company’s work in Saudi Arabia as well as provide the necessary lands.

The protocol contains many risks, including working in a new country according to unfamiliar laws. Moreover, the Saudi government is supposed to support the units for the middle class, without specifying who they are exactly.

Does the company have any other projects currently?

The company has received offers to develop sports and social clubs, including one in Damietta. It plans to develop other clubs like “Platinum,” which was implemented in New Cairo and was opened last year.

This partnership will give Al Ahly full management of the club, thanks to its experience.

Why has the company not taken part in the first offering of the administrative capital?

For two reasons, the first is the strong competition by the state, as it implemented many units in the project for low costs because it started implementation before the pound flotation.

The second reason is that there are no customers in the area to sell the units to; hence, there is a difficulty in selling units, because ministries have not moved to the capital yet. The offered lands are 10km away from government bodies.

15 companies out of a total of 230 companies have competed over the lands. This means their points of view are similar to Al Ahly, and this will allow them to compete on the upcoming offers.

What about Amwaj’s project? When will the company complete it?

The company will complete the third phase of Amwaj on an area of 81 acres on the North Coast by May. The licensing for the project was obtained a year ago after six years of delay.

With the implementation of the third phase, this leaves only the fourth phase on an area of 80 acres. It is expected to be finished in summer 2018.

The hotels of the project will be assigned to local companies, where global companies in the North Coast have not achieved much success, according to the past experiences.

The project includes two areas, one commercial and the other a hotel. The company has already started the implementation of the commercial part of the project last year, and it is expected to be finished this year.

The North Coast still needs entertainment and commercial projects, which the company is seeking to achieve through the activities implemented by Amwaj.

Why has the company not applied to obtain lands in partnership with the Housing Ministry?

This is due to our fears from different trends adopted by the government or a change in the thinking of officials regarding the partnership system with the private sector.

Is there still a real crisis in land provision?

The crisis will not end as long as the state reserves the right to sell without giving large companies the opportunity to work as developers and provide alternatives for selling lands. The prices, according to which the areas were offered in the ministry’s last bid, reached EGP 4,500 per metre. They were not reasonable and hurt the market, especially with the increase of costs and utilities by 48% since flotation. This greatly affects large companies due to the decline of the purchasing power. Many buildings will be out of the reach of Egyptians financially.

The state has wasted about 100 square kilometres in the North Coast through the allocation of lands to a group of syndicates and cooperative organisations that obtained the lands and developed them with low financial efficiency that resulted in low-quality projects. They did not include lands that are able to attract tourism.