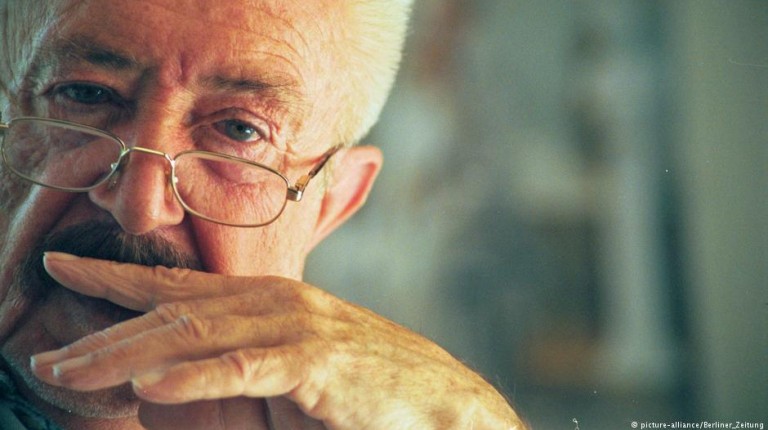 Günther, who celebrates his 90th birthday on March 30, was one of the most innovative and certainly one of the bravest filmmakers in East Germany.

Many of his films were censored, re-edited or damaged, and they were often banned from theaters just a few days after their release. Some of them weren’t even allowed to be shown in the first place. With this in mind, it is surprising to discover how many films Egon Günter nevertheless managed to direct throughout his career.

Born in 1927 into a working-class family, Günther started writing poetry and novels in the 1950s. These works are even more forgotten than his films, but that’s another story.

He also wrote film scripts. Unsatisfied with the way they were made into movies by other filmmakers, he decided to pick up directing as well.

His second film, “The Dress” (1961), an adaptation of a fairytale by Hans Christian Andersen, was banned by authorities. He was luckier with his 1965 film, “Lots Weib” (Lot’s Wife). In this work, Günther also found an approach that would become one of his trademarks: everyday life in East Germany and the particularities of modernity.

The following film, in 1965, “Wenn du gross bist, lieber Adam” (When you grow up, dear Adam) had its soundtrack damaged by censors and the film was shelved for years. It was only rediscovered in 1990, after the fall of the Berlin Wall, along with a dozen of other long-forbidden East German films.

This comedy tells the story of a young boy called Adam, who has a flashlight with special powers: Every liar it shines on flies into the air. Through its humor and inventiveness, this film offered a strong demonstration of the director’s talent, with an experimental style that was unique among East German filmmakers.

Günther should have already been recognized as one of Germany’s great directors in the 1970s, with his film “Her Third” and “Die Schlüssel” (The Key). Both films, starring Jutta Hoffman, tell stories about women’s lives in contemporary East Germany. They are to this day among the most remarkable films produced by DEFA, the state-owned film studio of the German Democratic Republic.

Even though “Her Third” obtained the top award at the Karlovy Vary International Film Festival and Hoffman won the best actress award at the Venice Film Festival in 1972, this success did not free Günther from his problems with East German authorities.

As a result, Günther turned to adaptations of novels and historical material instead. Censors still recognized in these films a reflection of “socialist realities” in East Germany and continued to hinder his work.

At the end of the 1970s, he left East Germany and only worked in the West, even though he kept his East German passport.

Films such as “Lotte in Weimar” (1974), “The Sorrows of Young Werther” (1976), were inspired by novels by Thomas Mann and Johann Wolfgang von Goethe. Günther returned to the eastern part of German after the Wall came down. From then on, he mostly directed TV films.

Günther’s later film for the cinema, “Rosamunde” (1990), interestingly stars the then newcomer Jürgen Vogel, now a well-known actor in Germany.

Egon Günther, who was honored with a star on the Boulevard of Stars in Berlin in 2014, now lives with his third wife in Gross Glienicke, in Brandenburg. He has spent the last decades of his professional life teaching in film schools. He must have had lots of stories to tell – and strong lessons on how one untiringly keeps on producing creatively ambitious works in a repressive state.

The Egypt edition: ‘Dear Santa, all I want for Christmas is…’