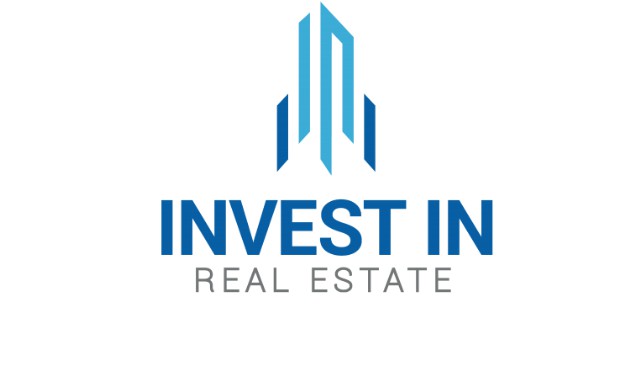 Invest In for Real Estate is a company that has been in the market for a year and a half. It is a distributor for 15 of the biggest real estate development companies in Egypt and five of the biggest companies in Dubai—with clients such as Orascom, Sodic, Palm Hills, Tatweer Misr, La Vista, Pyramid Hills, and Soma Bay.

“What makes us different is that we are simply distributors,” said Mohamed Osama, managing director at Invest In.

“We don’t do resale; people don’t come to us to sell their homes. We either do studies for companies, sell new real estate, or relocate companies,” he added.

Invest In educates their clients before they make their investment decisions.

“We have three projects in Ain Sokhna; one offers Ganzoury parties, one doesn’t allow veiled women to enter the compound, and one is moderate,” explained Osama.

“However,” he added, “people decide to invest in a place by just hearing that it’s the best without learning further about the community and whether or not it’s the most suitable for them.”

What Invest In does is teach their employees to listen and understand carefully what the client is looking for, and consult them on what is best and suitable for them, with no interest in selling them one project over another.

“Our priority is the client’s comfort and helping them find what they’re looking for,” said Osama.

Employees at Invest In are not called salespeople; they are called client-partners, because they are the client’s partners in making a decision.

Invest In is using two new technologies to help them sell in a new, different way.

According to Osama, real time is a technology that enables the client to see the house in a somewhat updated version of 3D, allowing the viewer to go inside the house, open doors, go outside to the balconies to see the views, etc.. It takes the client there without physically going there.

Virtual reality, on the other hand, is the latest technology, where the client puts on glasses and earphones, where he can see or hear nothing in the world they’re in and enter a different world—as if he entered the actual project they’re looking at.

In technical terms, it is a 3D, computer-generated environment that can be explored and interacted with by a person, allowing them to become part of the virtual world and enabling them to move objects and take actions.

The client would start to hear sounds of the waves and birds singing, if, for example, it’s for a project on the North Coast or Red Sea.

They can take a walk or get on a train or a helicopter to tour the project—as if it’s a movie.

Virtual reality leaves the client with the feeling of having visited the place in real life.

“I think that these technologies will not be optional in the near future; those who don’t use it, will be a lot behind,” said Osama.

“We currently use these technologies for our client companies, since we don’t yet have our own projects,” he added.

Challenges of the devaluation pounds

With the sudden changes of the devaluation of the pound, Invest In faced challenges with clients who were confused at the sudden rise in prices.

“Frankly, the impact was on the end-user (consumer/buyer), not on us as a company,” said Osama.

He explained that houses that were worth EGP 5m now cost EGP 8m.

The only readjustment for the company was recalculating prices and increasing them, yet the only one affected is the end-user or investor who ends up buying for more.

However, Osama said, “in comparison to neighbouring countries, our prices are still very reasonable. Despite the flotation of the pound and the increase in prices—that have witnessed a 30 to 40 percent rise in the past 6 or 7 months and will still witness another 30 to 40 percent rise in prices in the upcoming 6 to 7 months—we are still a long way from saying Egypt is an expensive country compared to Arab countries and neighbouring ones.”

According to Osama, business is still going well for brokerage companies, because those who used to buy the biggest houses, only started buying smaller houses so the biggest ones are left—yet sales are still running smoothly and have not stopped.

“In fact, in the past few months, people started investing even more, perhaps to invest in their economy and put their money into the safest investment. We thought that with the devaluation of the pound we will sell less, but it turned out that we sold even more than the six months before that,” added Osama.

Osama said that since there has been a rather sated market for luxurious, big houses, smart developers consider altering their targeted customer base to those who want luxurious houses but in smaller spaces.

“I assume that we’ll be witnessing developers maintaining their quality and value but decreasing house sizes to 60-70 metres that are worth about EGP 1 million,” he explained.

Invest In is now also an office for Orascom; their clients can go to Invest In’s office to sign checks and finish their paperwork.

Orascom works in more than nine countries outside of Egypt and shares a goal with Invest In, which is spreading around the globe, so Orascom is an important client for Invest In.

Invest In started in Egypt and is expanding outside of Egypt. “Egypt is the point where we begin. What we’ll add to Egypt is that we aim to expand in order to sell Egyptian real estate abroad. For example, we’re going to Dubai to sell to Egyptians there, and to Saudi Arabia, Kuwait, and Spain—not just to Arabs. We will also work with developers there, but the main goal is Egypt,” explained Osama.

Invest In is now focused on opening a branch in Dubai—Invest In Dubai.

Osama clarified, “Our target is for Invest In to be available in different places around the globe. Egypt is only the start, but hopefully every year we’ll branch out to a new country.”

Invest In is currently focusing on projects in Hurghada. “With Egyptians’ new perspective,” said Osama, “we find Hurghada to be the new hot spot.”

“For a company that works in various things like us, we always depend on A class clients, because these are the ones that are willing to spend even $200,000-300,000 on their investments or houses,” he added.

Invest In is signing new projects with developers that will demonstrate their whole projects using real time; however, the developer is anonymous due to the confidentiality of the project until now.