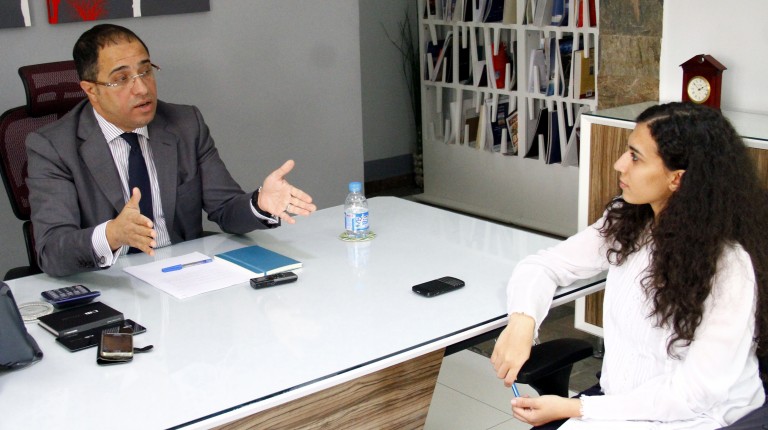 How would you describe 2017 in the real estate world?

2017 is a challenging year for this sector and changes are occurring frequently.

The business model for real estate in Egypt is different from any other country where developers invest in their project, build, and then start to sell. In Egypt developers put the initial investment, and then sell off plan. The cash generated is then used in the projects. In order for our model to continue, the investment cycle has to go on.

So the problem with the Egyptian model today is that when the flotation took place, along with the introduction of the value-added tax, and also in the presence of all the changes in the market, this led to an increase in the cost of construction.

Therefore, the developers are facing a challenge with regards not only to the units sold before the flotation, but also the units to be built at present due to the increased cost of building materials.

How are you getting out of this vortex?

To resolve this, an in-depth study was needed. So we reviewed the costs, and we saw that the cost of construction has increased between 40% and 50%. An increase in the selling prices was unavoidable. But we also had to come up with an innovative strategy to avoid a drop in sales.

This strategy included three main tactics. The first was to speed up the construction at building sites. We even did better than last year as we believed that working efficiently at the sites is the most important factor to stand our ground and secure our clients.

The second tactic was to come up with a new mode of payment by offering longer instalment periods for clients, as the prices increased. However, the clients’ disposable income has decreased. So the idea was to prolong the payment period so as to be within the purchasing capabilities of clients.

I think we were the first company to initiate the concept of 10/10, in our project “IL Monte Galala”, which allowed our clients to pay 10% in advance and equal instalments over a period of ten years.

The third tactic was marketing and selling our units abroad. I think this would be of great benefit for Egyptian companies as this approach will not only benefit the real estate market but also the Egyptian economy as a whole.

In which way would promoting real estate outside of Egypt benefit Egyptian companies and the country itself?

I am saying this because I recall that Dubai last year sold real estate units worth $20bn abroad. We hope to reach this sometime in the future, because we believe real estate in Egypt could be a very important source for direct foreign investment.  If we can sell real estate properties to foreigners, whether in the Arab world or abroad, we can generate what Dubai has achieved, which can be a great source of foreign currency.

This is why we at Tatweer Misr are concentrating on this third point of our strategy, and we are in talks with other Egyptian companies to actively promote our projects abroad in the coming period.

For example, a cost of EGP 1m for a unit before the flotation was equal to $120,000, even if we raised the price of this unit by 50%, or even 60%, after the flotation it would still be around only $100,000, so for the customers living outside Egypt, the price has effectively decreased.

I also believe that we, as the private sector, can help the government to attract foreign investments through partnering with foreign investors in the real estate development sector.

Can you tell us more about “IL Monte Galala”?

Originally, according to our feasibility study, we expected that the size of investment for the project would reach EGP 8bn—but after adjustment for inflation, we expect it to reach EGP 12bn due to the construction material costs that increased on average 40-50%.

As for a construction update, in phase one we have already assigned the construction of 700 units to contractors at a total value of EGP 500m, and this year we will assign another 800 units at an estimated value of EGP 800m.

We are also working on the construction of the first man-made lagoons in Sokhna Mountains, which consist of six lagoons spanning a total area of 40,000sqm in “IL Monte Galala” at an estimated cost of EGP 100m. The first lagoon will be finished by the end of 2017, one year before the beginning of the first phase units’ delivery in 2019.

Currently, we are also working on finishing six mock-up units of different types of the project’s units which will be fully finished and furnished by September 2017. Our customers and potential customers can visit the location to see the type of unit they are interested in buying.

We will be investing around EGP 1.5bn in construction during 2017, which is more than what had been projected for last year.

What about your other project “Fouka Bay”?

As for the lagoons, we are expecting to start working on them during 2017 and their investment cost is expected to reach EGP 200m, while the total investment in the project has increased from EGP 2bn to EGP 3bn after the flotation.

So we can assume that the amount of work undertaken in 2017 is way more than that of 2016?

In 2016 there were a lot of preparations on site. Also keep in mind that grading and earth moving work consumes time, especially in IL Monte Galala as we are working on the mountain. In 2017 we are working with full capacity and for 2018 we are expecting to hopefully double our efforts.

We have increased our paid-in capital to EGP 175m, instead of EGP 150m.

Our sales are going positively and we have agreed with all shareholders to allocate all income generated from sales to construction works, which is helping a lot in increasing the pace of construction.

And what are your plans for the next period?

We are studying the different options for a first home project and we are open to partnerships with different stakeholders, whether Egyptian or foreign investors. We have a very strong technical team which is now capable of managing any project regardless of its size.

So what are the steps taken to partner with investors from the region?

Any foreign investor wants foremost to be sure where his money is going and what would be the return on his investment, so we are working on preparing different files to suit all kinds of investors and we will be presenting them to potential investors in the region.

Will banks be involved in financing your new hotels?

Financing through bank loans is one of the options we are studying for our hotels.  In general, banks are inclined to finance hotels, especially when it is an international one with a global management.

Last year, we signed an agreement with Six Senses Hotels Resorts Spas to manage a hotel that will be built at IL Monte Galala resort in Ain Sokhna with an investment cost of EGP 1bn. The hotel will include 90 suites and 60 serviced apartments for sale. Our plans also include another hotel with around 90 suites and for the second one we expect to offer around 300 serviced apartments for sale.

Can you give a brief us about your sales?

With regards to “IL Monte Galala”, we have sold around 1,500 units until today, as well as around 425 units in Fouka Bay.

We can say that we are close to a total of 2,000 units in both projects.

I would like to add that in March we have a private exhibition, in Dubai and Abu Dhabi, to start marketing our projects abroad, and in May we are participating in another one that will include many Egyptian real estate companies.