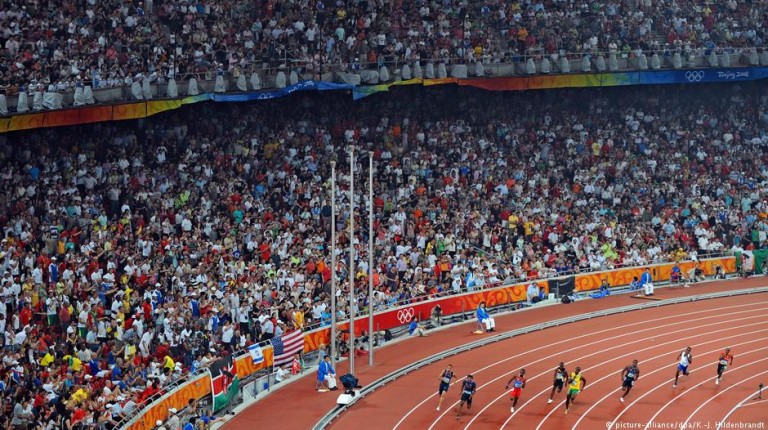 German broadcaster ARD claims small amounts of banned substance clenbuterol have been found in the samples of Jamaican sprinters from the 2008 Olympics. Usain Bolt was among the Jamaicans who claimed gold in Beijing.A report aired in Germany on Saturday stated that the International Olympic Committee (IOC) learnt of the discovery late last year, but no action has been taken as the levels detected by testing using updated techniques are so small.

The broadcaster did not say which athletes’ samples from the Beijing Games, where superstar Usain Bolt won three gold medals, are affected but said other athletes from other countries have also failed retroactive testing.

The ARD report quotes Olivier Niggli, director of the World Anti-Doping Agency (WADA), saying: “I am aware of the fact that there are Jamaican cases with very low levels of clenbuterol.

“If the amounts found are relatively low compared to direct intake of the substance, WADA accepts that such cases are not announced.”

Jamaica originally won five golds in the sprint events at the 2008 Games but the 4x100m men’s relay team have subsequently returned their golds earlier this year, after Bolt’s team-mate Nesta Carter retrospectively tested positive for the stimulant methylhexanamine.

An IOC statement has confirmed the ARD report that some samples taken at Beijing 2008 contained clenbuterol.