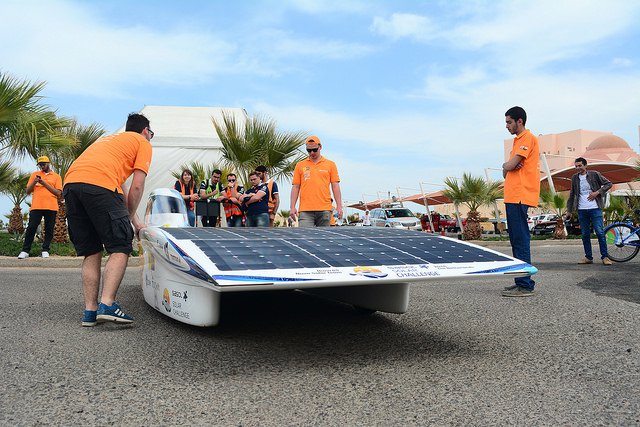 Hurghada has hosted a solar-powered-cars race held for the first time in Egypt with the participation of 16 teams. The race started at Soma Bay, south of Hurghada, leading to Ras Shuqair in Northern Hurghada before returning to Soma Bay.

Confusion arose when one of the organisers of the race announced earlier that Dubai was going to be hosting the race after it was originally scheduled to take place in Cairo last week.

Reports have revealed that the postponement was due to the failure of customs procedures to release cars, which forced organisers to preliminarily cancel the event.

An official at the customs authority told Daily News Egypt that the authority had no problem with cars entering the market; however, at the same time, it demanded from organisers a financial guarantee of the value of the taxes and custom fees in order to issue a temporary release of the cars used in the race.

He added that the guarantee may be provided by one of the banks or any other government agency, such as the Ministry of Tourism. This agency would be addressed in case the cars were not re-exported after the race.

He pointed out the presence of a sub-committee, which the ministries of interior and tourism were part of. The customs authority has provided its technical opinion regarding the mentioned cars.

He added that a number of companies have smuggled cars into the market across the country after a rally was finished. They have benefited from the temporary release system, which required the financial guarantee control to be enforced.

Chinese blockbuster to be filmed in Bavarian Alps