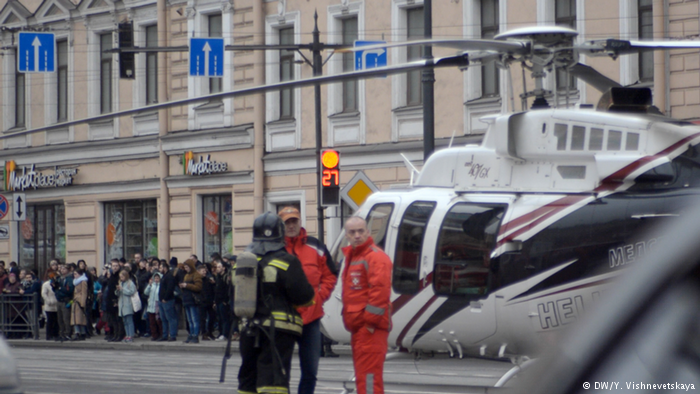 Egyptian legislative and religious institutions condemned on Tuesday the deadly bombing in the St. Petersburg metro station in Russia, which killed 14 civilians and injured others.

The Egyptian parliament condemned the attack and parliament speaker Ali Abdul Aal presented his condolences to the families the victims.

Abdul Aal said, according to a statement released by the parliament, that militancy is spreading all over the globe and that Islam is not connected to such incidents.

The Egyptian religious authority Dar Al-Ifta said that the attack should lead to a further intensification of the global efforts to combat terrorism. The institution also called upon international media be careful when addressing the attack and not accuse Islam and Muslims of being responsible for the attack. “The Islamic world stands in solidarity with the families of victims and injured against these acts—as it [the Islamic world] is greatly affected by it,” the statement said, declaring its support for Russia.

Al-Azhar followed the same line of condemning the attack and asserted that no religion is responsible for the attacks. The Sunni institution also called for a collective effort to combat militancy and extremist ideas.

After the bombing, supporters of the Islamic State rejoiced on social media, posting images and propaganda, claiming the attack is a response to Russian forces’ involvement in Syria.