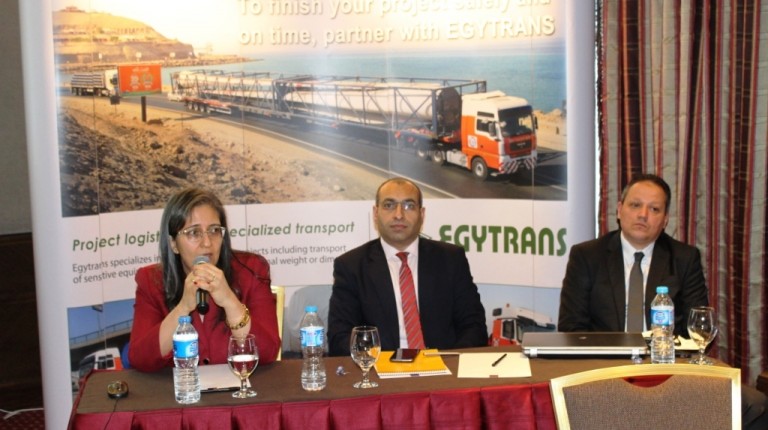 The Egyptian Transport and Commercial Services Company (Egytrans) announced in a press conference held on Tuesday in the presence of chairperson Abir Leheta, general manager Khaled Hussein, and head of financial planning and analysis Sherif Helmy, that it has achieved revenues worth EGP 215m, with a growth of nearly 64% in fiscal year (FY) 2016/2017 year on year (y-o-y).

Abir Leheta said the company’s market share in the Egyptian market has increased from 35% to 60% in projects throughout 2016. She attributed the increase to the establishment of Siemens’ new electricity plants in Beni Suef, as well as on the project carried out in South Helwan by Mitsubishi Hitachi.

She added that throughout the upcoming five years, Egytrans expects the government to announce launching several major energy and electricity projects, including the Dabaa nuclear power plant. She predicted that the growth of the petroleum, natural gas, and petrochemical sectors will help the transport and logistics field to grow. “The upcoming period will be very promising in many aspects,” Leheta said.

Sherif Helmy said that the flotation has left positive impacts on the company because of the fact that its revenues are in the hard currency. “Our profit margin has increased throughout 2016, thanks to the policy we adopted to control our costs, and we expect more growth in FY 2017/2018, but at a slower pace,” Helmy added.

Egytrans was established in 1973. It works in the fields of sea and air freight, land transport, project logistics, storage, and warehousing. It owns subsidiaries such as Egyptian Transport and Logistics (ETAL) and Egytrans Depot Solutions (EDS). Egytrans works with several major clients, including Siemens, Al Araby, Toshiba, and Daewoo.