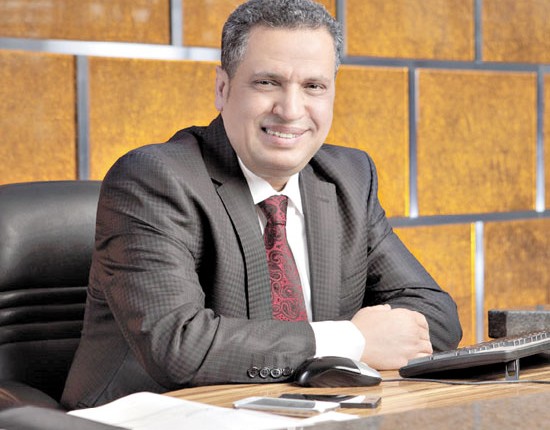 Samy Al-Quraini, chairperson of Yafa Mac Touristic Co., said that the company plans to inject EGP 1.5bn of new investments in the second phase of the Emirates Heights project at the North Coast, next to building a yacht harbour.

He explained that the second phase of the project includes 3,000 hotel units in varying spaces, as well as three 5-star hotels. Negotiations to determine the managers of these hotels are still ongoing. The second phase is expected to be completed within four years from the start date.

Yafa Mac had previously initiated negotiations with the Marriott and an Emirati-English company to manage the three hotels. But the negotiations stopped following the problem that faced the company. Yafa Mac relaunched negotiations after the problems were solved.

Al-Quraini noted that the company will not implement the hotels before signing the managing contract, as each company will require different specifications.

Meanwhile, he said that Yafa Mac targets sales of EGP 1bn from the units of the second phase of the Emirates Heights project in 2017, as a result of a huge promotion campaign.

He pointed out that the company completed 80% of the first phase, where it aims to deliver 700 units of that phase during the second half of 2017. The remaining units will be delivered in 2018. The company will continue furnishing the first phase units and implement the services and entertainment aspects of the project.

Al-Quraini said that the company had undergone a complete restructuring of all its departments following the recent crisis and amid a challenging economic environments and a decline in tourism. The stability of the economy recently put the company back on track, where it is now working hard to win the confidence of its clients and complete handing over the units to the clients.

He pointed out that the company cancelled 30% of its contracts in the first phase as several clients did not pay the agreed instalments and only paid 10-20% of total unit price after the flotation of the pound.

Yafa Mac has signed contracts with consulting offices to prepare for the third phase of the project to begin its new Emirates Heights Elite phase.

Al-Quraini noted that Emirates Heights investments jumped from EGP 4bn to EGP 7bn following the flotation of the pound. The project is located on an area of 1.25 million square metres. The company developed 50% of the area and is working to complete the remaining parts.

Furthermore, he pointed out that the undeveloped lands portfolio of the company reached 850,000 square metres, aside from Emirates Heights in the North Coast, Alexandria, Borg El Arab, and Maamoura.