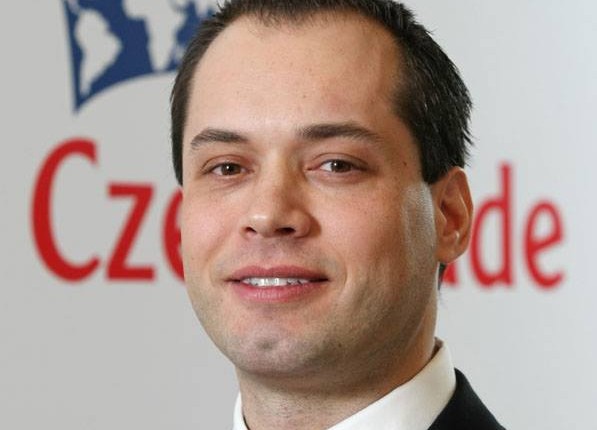 The Egyptian-Czech trade relations have always occupied an important place in the field of cooperation with Arab countries. Business owners from Egypt and Czech have achieved great success, says Tamer El-Sibai.

Daily News Egypt interviewed El-Sibai, director of CzechTrade in Cairo, and Jirí Charvát, commercial counsellor at the Czech embassy in Cairo, to talk about potential Czech investments in Egypt and the development of trade exchange between the two countries.

What is the size of trade exchange betwen Egypt and Czech Republic?

What is the expected size of trade exchange between Egypt and Czech Republic in 2017?

Charvát: The development of trade turnover is generally difficult to predict, especially in such relations like those between Egypt and Czech. This is aggravated by the overall uncertainty of the global economic climate, the weak situation of the current Egyptian economy, and the probable upcoming strengthening of the Czech currency. Anyway, if there is no severe external shock, we can expect that the trade exchange will be on the same level as it has been during the past three years.

What is your explanation for the low trade exchange between the two countries in recent years?

El-Sibai: Despite the low trade exchange between the two countries in the past years, Egypt still has the largest trade with the Czech, not only in Africa, but also in the Middle East.

Czech Trade was established in the Czech Republic in 1997 to serve as a link between suppliers and investors.

What is the volume of Egyptian exports and imports to the Czech Republic?

What is the largest Czech investment in the Egyptian market?

This new production line is expected to add an additional 25,000 tonnes per year, which will raise the total capacity of Pegas Nonwovens’ plant in 6th of October City to 45,000 tonnes annually.

Do you expect that Czech investments will grow in Egypt in 2017? If yes, please mention the amount of current and expected growth.

Charvát: As a matter of fact, Czech companies are showing no signs of interest in investing in Egypt. There are several reasons for this attitude: the overall lack of Czech capital, the cautious approach of investing in foreign countries—magnified by the political turbulence in the Middle East—and the lack of transparency of the business climate in Egypt. What could be helpful, and our embassy is trying to advertise this positive trend in the Czech Republic, is the newly prepared programme of supporting the development of the automotive sector by the Egyptian government. Industry in our country is strong, and Czech companies—especially feeder industries—might be interested in utilising the newly emerging opportunity, though any outcome should be visible in subsequent years. Our embassy will support these activities by the dissemination of information on upcoming incentives and opportunities.

Are there any Czech companies interested in investing in the Suez Canal axis?

El-Sibai: No Czech company has shown interest in investing in the area of the Suez Canal axis so far.

What are the main obstacles for Czech investors?

El-Sibai: The most important problems for the Czech investors in Egypt are the administrative bureaucracy, the length of the customs procedures that companies face, the insufficient information about suppliers of consumer goods, and the absence of a system on the new rules for registration of suppliers. All those impede the export of Czech goods to Egypt.

What do you think of the economic situation in Egypt?

El-Sibai: The Czech government is well aware of Egypt’s complex economic situation, which prompted the Egyptian government to take some unpopular procedures to stabilise the country’s economy. The Central Bank of Egypt’s (CBE) decision to liberalise the exchange rate is a step on the right path.

What is the latest developments concerning the establishment of the Czech-Egyptian Business Council?

El-Sibai: A joint agreement regarding establishing an Egyptian-Czech Business Council was signed between the Egyptian Businessmen Association, the Czech-Arab Chamber of Commerce, and the Economic Chamber of the Czech Republic after the first meeting of the Egyptian Czech Joint Economic Committee in Cairo under the chairmanship of the former Czech minister of industry and trade Jan Mládek and Egyptian Minister of Trade and Industry Tarek Kabil, which was held in April.

What is the current situation of Czech tourism to Egypt?

El-Sibai: Egypt is one of the top five destinations for Czech tourists, where about 120,000 Czech tourists visited Egypt last year, and I expect this number to increase in 2017.

One of the main factors taken into consideration by tourists when choosing places for holidays is security and stability in tourist resorts and availability of information.

Czech tourists have never stopped visiting Egypt and Egypt is still a very popular destination, despite the revolution and the ensuing events.

Do you expect the number of Czech tourists will grow this year? If yes, please tell us the expected number of tourists.

Charvát: Yes, there are signs of growing interest among Czechs in spending holidays at Egyptian resorts, after the slump in the past years. We expect a substantial growth of arrivals.

In your opinion, how do both countries support tourism to Egypt?

Charvát: This is not a question I can respond to. Having spent a long time outside Czech latley, I do not have any idea of marketing strategies of the Egyptian authorities. As for the Czech side, the government supports active tourism to the Czech Republic. Just one personal remark to this matter: what is really needed and missing is a direct flight connection between Prague and Cairo. I believe that it should be the Egyptian side that needs to exert some pressure regarding that matter because of the importance of the tourism sector to Egypt.

Shall we expect a visit from a Czech delegation of businesspeople to Egypt to discuss investment opportunities?

Charvát: Investing in Egypt is not the focus of Czech businesspeople, and it should be the Egyptian government that should bring Egypt’s investment climate to the attention of Czech companies, either by sending representative business delegations to the Czech Republic, by organising a sort of road shows, or by inviting Czech companies and government representatives to promotion actions in Egypt. One should not expect excessive efforts from the Czech side; there are multiple investment opportunities anywhere, and our embassy is here to promote investment by Egyptians to Czech, rather that the other way around.

Mactech Expo of mechanical industries held in Cairo recently witnessed a great turnout by several Czech companies. What are the reactions after participation in the exhibition?

El-Sibai: The Czech’s ministry of industry and trade supported the bilateral relations between the two countries through the official participation in the Mactech Expo of machinery and mechanical equipment, which was held last year in Cairo and which witnessed the participation of seven Czech companies.

The exhibition won the admiration of Czech companies and the coming period is expected to witness positive developments in investment between the two countries.