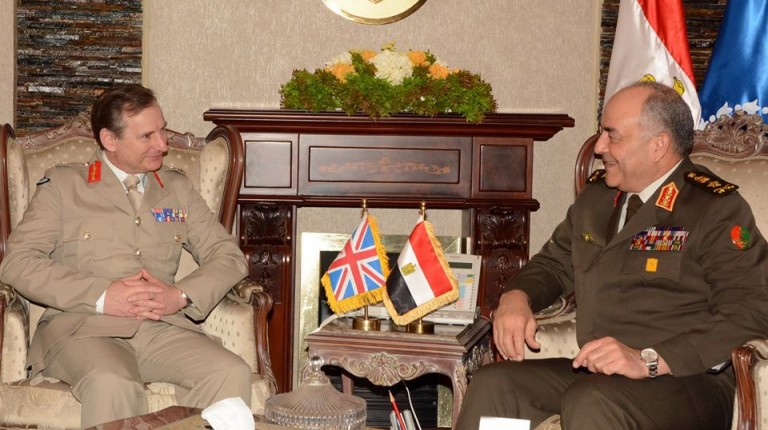 Army chief of staff Mahmoud Hegazy met on Tuesday with British deputy chief of the defence staff, Mark Carleton-Smith, who was heading a delegation visiting Egypt.

The meeting discussed a joint cooperation in the military field between the two countries, in light of the terrorism challenging the region, a statement by the army spokesperson read.

Hegazy had previously in 2015 travelled to the UK and met with British army officials in January.

During that visit, Hegazy had met the British chief of the defence staff, general Nicholas Houghton, and UK secretary of defence Michael Fallon.

The meetings focused on increasing military cooperation, as well as cooperation in the fields of defence, transport, and military–expertise exchange.