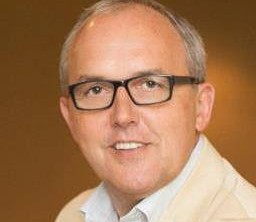 Hilton Hotels Group aims to expand in the management of hotels in several areas in Egypt, including the Red Sea area. The group is also negotiating to run hotels in the New Administrative Capital, according to Christian H. Muhr, vice president of operations for Hilton in Egypt and the Levant.

Muhr told Daily News Egypt in an interview that the country is very promising for tourism investments in the coming period, with much potential.

How many hotels are you managing in Egypt?

The group manages 22 hotels in Egypt and the Levant. There are 19 hotels carrying the brand Hilton, along with the Conrad, Doubletree by Hilton, and Hilton Garden Inn hotels.

Are there new contracts in the pipeline?

The group recently signed management contracts for seven hotels under construction in the Egyptian market. We are also under negotiations to manage a number of new hotels in the New Administrative Capital and the Suez Canal Economic Zone.

The company operates 4,992 hotels worldwide—but we are only operating the hotels without owning them.

Can you tell us more about the new contracts?

We have signed a cooperation protocol with Misr Italia Properties to operate two hotels—one of them carries the Hilton brand in Ain Sokhna. The other facility is carrying the name Hilton Garden Inn in New Cairo.

Both hotels will be opened in 2021. The Hilton Garden Inn in the New Administrative Capital is dedicated to businessmen. It has 120 rooms, including suits, small conference rooms, and others equipped with modern electronics.

The Doubletree Hotel in Ain Sokhna features 197 rooms and 6 restaurants. It will be similar to the Hilton in Alexandria, in addition to a bar and a restaurant.

The Hilton Garden Inn will be opened in 2021 at the Cairo Business Park. It will feature 120 rooms.

The Hilton International Group has signed a contract with the Saudi-Egyptian Construction Company (SECON) to manage a four-star hotel in New Damietta. The investments of this project amounted to EGP 120m.

Are there any upcoming contracts?

We are now looking for partners to run their hotels, especially in New Cairo and coastal areas.

How do you see the decision to float the pound recently?

The Central Bank of Egypt’s (CBE) decision to float the pound had two impacts on Egyptian tourism. It was positive for foreign tourism, as it lowered the value of the national currency, thus allowing the inflow of international tourism to the Egyptian market.

But it also had a negative impact on domestic tourism. The flotation weakened their purchasing power and spending limits after the new price hikes.

What are your expectations for tourist flows during this year?

I expect improvement in tourism inflows to Egypt throughout 2017, especially after many European countries lifted the travel warnings they had previously posed on Egypt.

I expect travel bans to be completely removed by the end of the year.

How was Hilton Egypt impacted by the decline of tourism?

Hilton hotels were mainly impacted by the decline of Russian and British tourism after the fall of the Russian airliner at the end of October 2015, which impacted the situation in Egypt.

This led other European countries to suspend their flights to South Sinai and other Egyptian destinations.

But we have 50 years of experience in Egypt, which makes us on the top list of exports in tourism and hospitality services.

I believe that the current climate in Egypt is attractive to tourism, especially as the government continues to implement its economic reform programme and establish major national projects, such as the New Suez Canal, the New Administrative Capital, and the Galala Mountain project in Ain Sokhna.

How do you see the new tourist projects in Egypt?

These projects will contribute to increasing the number of employees in the tourism sector, which has suffered high rates of unemployment on the back of the poor economic situation since 2010.

The infrastructure sector in Egypt has witnessed a great development during the past two years, which will contribute to increasing investments, especially foreign investors.

Recently, the parliament passed a value-added tax law. How do you see its impact on the hospitality sector?

We should not make premature judgments on the VAT law and its impact on tourism companies, especially as it is still in the first phases of implementation.

What are the occupancy rates at your hotels now?

Occupancy rates due to Arab and foreign tourism increased this year in Greater Cairo, compared to the rates in coastal areas.

What does the Egyptian hospitality sector need?

The Egyptian market needs to create more hotels, especially for businessmen. This is the largest market in African countries. It has huge potential for growth.

Christian H. Muhr was appointed Vice President of Operations for Hilton’s Egypt and Levant region in May 2013 and is responsible for regional strategy development as well as overseeing all operations for 22 hotels in Egypt, Jordan, Lebanon, and a strong return to Morocco with the introduction of the region’s first Hilton Garden Inn property