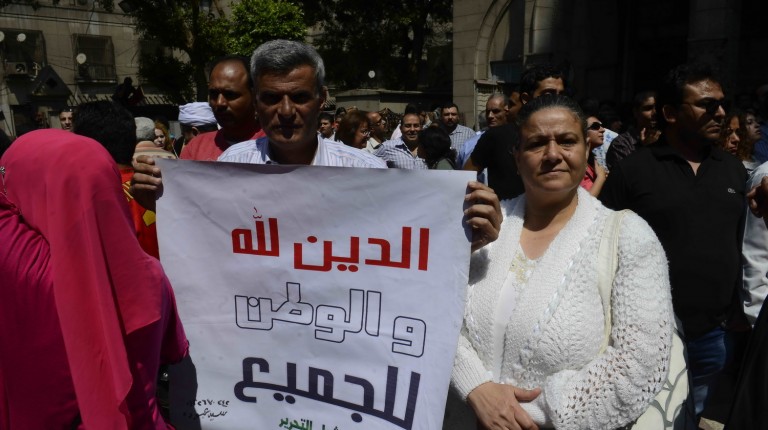 At the beginning of April, the Central Bank of Egypt (CBE) announced that the Egyptian public debt has increased significantly.

The reason for this increase is because of the government expanding its obtainment of direct foreign loans from several countries and international financing institutions, as well as its issuance of bonds in international stock markets during 2016 to bridge the gap in the general state budget.

The reason for issuing those bonds is to gather the amount of money needed for the reform programme approved by the International Monetary Fund (IMF) last year, of which Egypt had received the first tranche, worth $2.75bn, last November.

Besides the IMF’s loan, Egypt has also received $1bn from the World Bank, $500m from the African Development Bank, $1bn from the United Arab Emirates, and $2bn from Saudi Arabia, during 2017.

However, Egypt’s national debt has hiked by 28.9% within a year, reaching EGP3.052tn, compared to EGP2.368tn a year before. National debt is far more worrying than debt received from international bodies, according to the executive chairperson of Union Capital Incorporated, Hany Tawfik, who stated that local debt is a vicious circle caused by the current budget deficit.

He stated that, unfortunately, the national debt reached a critical amount, where the government has to pay a lot of interest, which increases the budget deficit, hence leading the government to ask for more local loans.

To fix the situation, the government has to increase its income of taxes through incorporating the informal sector into the formal economy, which would increase tax incomes to the right rate of 25% as many countries have. It might reach EGP1tn, instead of the current EGP400-500bn, according to Tawfik.

He added that the main problem is that the government has a large number of employees, which would probably take a lot of time to reduce.

Regarding the foreign debt, he explained that there are three types of loans Egypt has received: a type, like IMF’s loan, that is allocated to supplying the budget deficits and other balances; the second type, like the World Bank’s loan, is the one Egypt uses to develop its infrastructure and other projects, all of which will probably not provide any profits.

The last type of loan, which is provided by the International Finance Corporation (IFC), is the one that is allocated to well-studied investment projects, Tawfik noted, adding that the foreign debt is not as worrying as the national debt.

Furthermore, the CBE stated that Egypt’s debts to the Paris Club fell to $3.423bn by the end of December 2016. The CBE pays about $1.5bn to the Paris Club in two instalments annually—in January and July of every year.

However, last month, Daily News Egypt asked the Governor of the CBE, Tarek Amer, whether the CBE can pay its owed foreign debt—worth about $13bn—in the current fiscal year (FY) 2017/2018, which he affirmed.

Amer seemed confident in the state’s ability to repay its foreign debt, pointing out that the CBE expects cash flows in foreign currency in the coming period, in addition to the current, strong reserve of foreign exchange, which would help Egypt repay its dues on time.

The CBE’s reserve of foreign exchange amounted to $26.5bn at the end of February 2016, according to Amer. This amount of reserve is very good and will be sufficient to repay the CBE’s dues, whether or not the bank received more foreign exchange.

The foreign exchange flowing into the Egyptian market reached $3.981bn in the fourth quarter of 2016, while outflows recorded $1.566bn.

The CBE announced that foreign investments in treasury bills increased to about EGP 10.157bn in December 2016, compared to EGP 7.797bn in November, while they jumped to about EGP 21.686bn by the end of January.

Foreign investors were the fourth largest investors in the Egyptian treasury bills before January 2011, recording about EGP 56bn in December 2010. These investments fell to less than EGP 200m before increasing again after the liberation of the local exchange rate on 3 November 2016.

The managing director of Multiples Group, Omar El-Shenety, has different—and rather worrying—thoughts regarding the increasing foreign debt.

He stated that the IMF expects that the foreign debt of Egypt will exceed $100bn by the year 2020, explaining that the IMF does not even take into consideration the loans provided to establish local projects and institutions, such as the nuclear reactor of Dabaa, the power plants of Siemens, and military equipment. He believes that during the near future, Egypt might fall into the trap of foreign debt, and it would easily exceed a rate of more that 150% of GDP, which is a very critical situation.

El-Shenety believes that the rates of public debt are not worrying; yet it will reach the critical zone no matter what, because foreign debt is going to reach more than 50%.

He explained that the types of loans Egypt received are different, because international bodies provide loans with low rates and other international bonds with high rates. However, the main problem is not about the rates as such, but more about how the government will find sources of foreign currencies to pay back the main loans along with their interests.

He believes that any country in the world usually plans to increase its GDP to the point where the debt looks small in comparison, which is not guaranteed in Egypt’s case because the growth in its GDP is only slowly increasing. He explained that Egypt expected a growth rate of 6% in FY 2017/2018, and then decreased that expectation to 4.6%, which is probably not going to happen in reality, due to many factors, such as the situation of tourism and the political turbulence of the region.

The current rate of the public debt compared to GDP is 130% now, without the loans of other national projects and institutions. According to the IMF, within three years, the rate will reach 150%, again without the other loans to fund the national projects and institutions—which probably will push the total amount to exceed 160-170%. This is a very high and dangerous rate, El-Shenety noted.

However, El-Shenety believes that the interest rate of the loans represents approximately 35% of the budget, which is very high. He added that the government is working to reduce subsidies.

The public debt is going to increase and, unfortunately, there are no other options because Egypt is committed to its deal with the IMF, which makes Egypt apply for more loans so that it does not have any sources to pay it back, he noted.