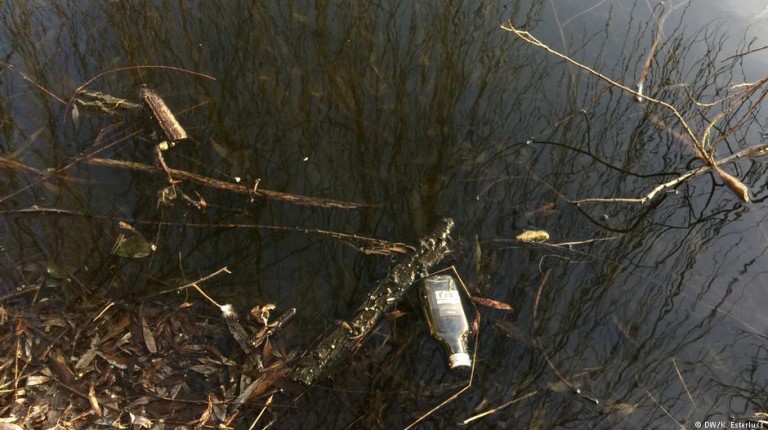 Once they have a certain amount of alcohol in their blood, it seems Berlin’s party people forget about their staunch environmentalism. How else can you explain this gallery of bottles?Come on guys, take your eyes off your smartphone displays for a minute and focus on the street you are currently walking on. Or have a look at the shrubs to your left or right. Scan the autumn leaves below the trees, check the parking spaces. If that’s too much of an effort for you, just look ahead at the next windowsill, junction or on top of the mail boxes. You can hardly miss it – Berlin is the city of glass. There are empty bottles everywhere. Do you see them, too?

I’ve started taking pictures of those bottles (and recycling them afterwards), and I was thinking about how they got there.

Actually, the glass bottle-issue is quite fundamental. Berlin has trash bins on every corner, we build spaces excusively for recycling bins and glass collection containers. Still, Berlin has a serious garbage situation going on. Those bottles are just a small part of the entire picture, a glass tip of the trash mountain if you like.

Each year people dump stuff illegally at thousands of different spots all around the city. It’s trash of all kinds, such as bulky waste, electrical appliances, even car wrecks (52 in total last year). And the city has to pay for the disposal, which costs almost four million Euros each year. According to statistics, Moabit, Wedding and the Gesundbrunnen area are particularly filthy. However, even the rich and fancy parts of the city aren’t free of the old mattresses, furniture or refrigerators that pile up on street corners.

Compared to those bulky items, tiny glass bottles don’t count, am I right? They might actually weigh less than a car wreck, but it still doesn’t make sense to just drop them right where you drank them. So, party people of Berlin, no matter how drunk and wasted you are, think about the next trash bin. It’s right there, I promise. Dump that bottle, even if you are depriving me of a nice photo motif.