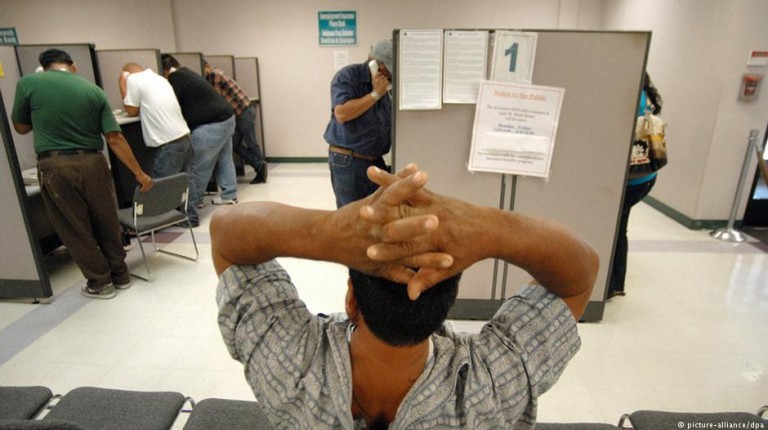 US job creation slowed sharply in March amid continued layoffs in the retail sector, but a drop in the unemployment rate to a near 10-year low suggests the labor market is still tightening.The US unemployment rate dipped in March to a nearly 10-year low of 4.5 per cent, even as payroll data showed much slower hiring, the Labour Department said Friday.

The jobless rate, which is based on a long-running monthly survey of households, fell from 4.7 per cent in February and was the lowest level since May 2007. Payrolls expanded last month by 98,000 jobs, according to a separate survey of employers. The pace of job growth was sharply down from an average of nearly 218,000 in the first two months of the year.

“Job growth this year is running close to last year’s pace and is running well ahead of what is needed to keep up with labor force growth,” said Gus Faucher, chief economist at PNC Financial Services.

According to the Labor Department, the rate fell because nearly half a million more Americans reported finding jobs. Economists had expected a decline in hiring in March after job gains in January and February had averaged a robust 218,000. Still, the drop was worse than expected.

Weather-related disruptions to the economy could have slowed hiring in March, and employers could be finding it more difficult to fill job openings as labor market slack diminishes.

In its report Friday, the government also revised down the job growth for January and February by a combined 38,000. The sizable gains in those months had been fueled partly by strong hiring in construction, which occurred because of unseasonably warm winter weather.

But in March, construction companies added just 6,000 jobs, the fewest in seven months. Retailers, suffering from the shift to online shopping, slashed 30,000 jobs. Education and health care services added the fewest jobs for that category in 15 months.

The report showed that large numbers of teenagers, women and Latinos found jobs last month. The unemployment rate for teens dropped to 13.7 percent from 15 percent.

The number of part-time workers who would prefer full-time jobs declined. As a result, an alternative gauge of unemployment, which includes those part-timers as well as people who have given up their job hunts, dropped to 8.9 percent. That is the lowest such rate in over nine years.

Many economists expect hiring to fall back eventually to last year’s pace or even lower as the unemployment rate declines and companies struggle to fill jobs. Yet hiring could remain strong if more Americans come off the sidelines and start looking for work again. The proportion of Americans who are either working or looking for work remains far below pre-recession levels.