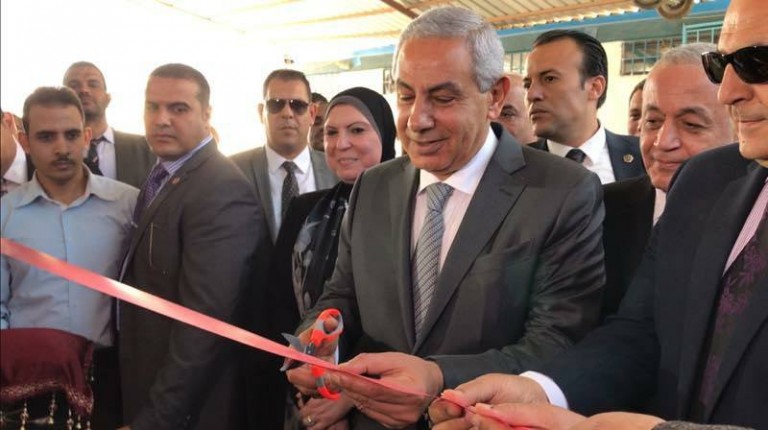 Minister of Trade and Industry Tarek Kabil inaugurated five new factories on Saturday in Sohag. Those factories operate in the field of producing desert air-conditioners, compressed wood, feed, and plastic products. The total investments of the factories amounted to EGP 185m. Collectively, they will secure over 500 direct jobs.

One factory is manufacturing compressed wood from broom-corn, with investments of EGP 100. This factory secures 180 direct jobs and 3,600 seasonal jobs. Kabil said that this is the first factory of its kind in Egypt, the Middle East, and Africa, as it produces compressed wood from agriculture waste. This wood could be used to manufacture home and office furniture. The factory also has plans to expand in exploiting agriculture waste through establishing a factory that produces medium-density fibreboard (MDF) as well as a decorative-panels plant.

The second factory operates in the field of producing poultry and animal feed, with investments of EGP 15m. This factory provides 25 direct jobs. The third and fourth factories operate in producing plastic bags. Their investments totalled EGP 50m and will create 130 direct jobs. This is in addition to a new production line for manufacturing desert air-conditioning devices with 90% of their components provided by the local market. The factory is located in West Gerga. The new production line is owned by one of the companies operating in manufacturing deep freezers with more than a 70% market share. The company intends to produce 15,000 air-conditioning units per year. Its total investments amounted to EGP 20m and will provide 160 direct jobs.