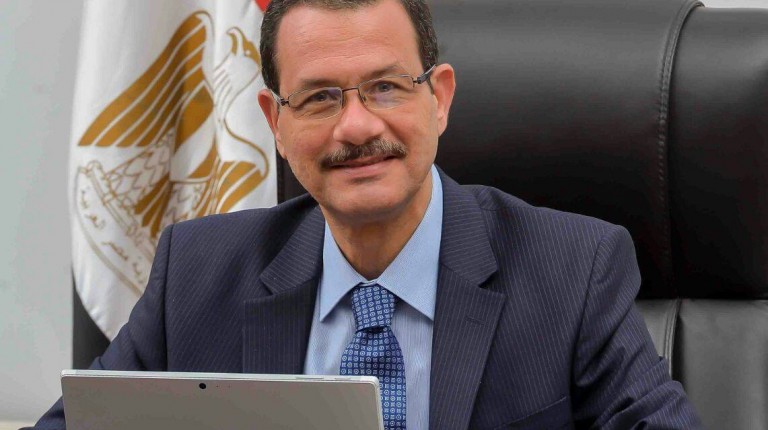 The General Authority for the Suez Canal Economic Zone (SCZone) is negotiating with a French pharmaceuticals company and another multinational one to invest in the city for pharmaceutical industries decided to be established in the area on 4 million square metres, according to Ahmed Darwish, head of the authority.

Darwish revealed in a statement during the signing of a cooperation protocol between the authority and the Arab Investment Bank (AIB) on Thursday that the authority has managed to attract the first American pharmaceuticals company to invest in the city of pharmaceutical industries with investments worth $624m.

Darwish had noted in an earlier statement that the SCZone authority has signed a letter of intention to establish a city for pharmaceutical industries at the canal with Spanish, English, and American investments worth €4m within five years.

Darwish said that a letter of intention was signed with a Spanish investment group and a European investment fund to establish a company to equip the pharmaceutical industries city and prepare it for the establishment of factories there.

On a different note, Darwish said that one of the Egyptian industrial developers was able to obtain 100,000 square metres to establish a city for gold industries, refusing to reveal the name.

He stressed that there is great demand on investment in the SCZone by local and foreign investors, noting that there are already about 18 companies active in the area, with investment estimated at $15bn.

“The Chinese industrial zone in the SCZone has already started its work. Some factories even began exporting abroad, including one that has exported 100% of its production abroad,” said Darwish.

He added that the zone is established on an area of 7.23 million square meters, noting that several factories have expanded and others were recently established.

In response to the question about the Russian zone planned to be established in the area, Darwish said that it is currently under study between both the Egyptian and Russian sides. He pointed out that the delayed construction of the city is due to its location in East Port Said, an area that is not well-prepared for such investments.

He explained that the work taking place in Ain Sokhna equips it with the proper infrastructure to start investment instantly. It is furthermore expected to finish the preparations in East Port Said during the next year.

He stressed that it is not in the state’s best interest to promote investment in East Port Said as it is not yet prepared for this matter.

In response to a question by Daily News Egypt regarding the role of banks in serving investors in the economic area at the Suez Canal, Darwish said that they play a major role in serving and financing the projects there, noting that financing in the area takes the form of self financing or financing provided by investment funds, or even financing through banks.

He explained that some banks are currently present at the building for investment services at the General Authority for the SCZone to serve investors who want to deposit the capital of their projects. There are banks which support industrial developers in the region with the goal of serving them and those who work with them, in addition to other banks that seek to offer financing services to projects inside and outside the SCZone.

Darwish stressed that banks which are not present in the zone will not find opportunities in the future.

Regarding the liberalisation of the exchange rate and its impact on the work in the SCZone, Darwish said that the decision was very important for the Egyptian economy, especially for its role in increasing the attractiveness of Egyptian goods, hence, increasing exports.

He pointed out that investors in the area have not felt problems regarding foreign exchange before and after the flotation, because most of the investors’ production was directed abroad. He noted that he always advised companies in the area to direct at least 70% of their production abroad, and allocate the rest for the local market.

SCZone agreed with pharmaceutical companies on investing in Medical City