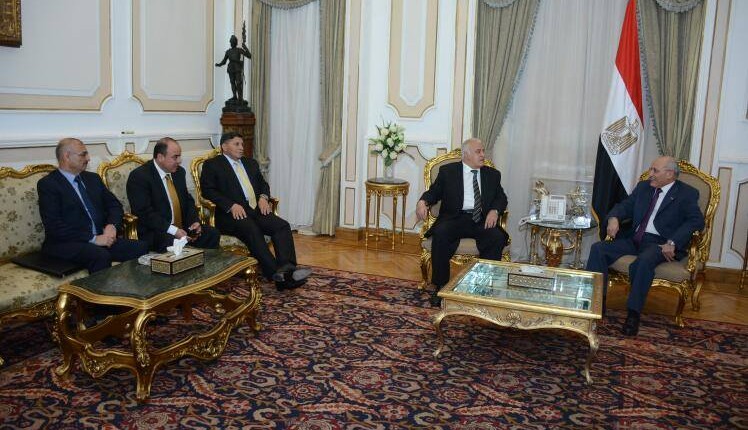 Minister of Military Production Mohamed Al-Assar met with Atef Al-Tal, chairperson of the board of directors of the King Abdullah II Center for Design and Development in Jordan, to discuss the joint cooperation between the two countries in the fields of defence and military technologies.

Al-Tal praised the ministry’s enormous capabilities and its role in providing the requirements of the armed forces, pointing out the role played by Egypt in the region to confront extremism and terrorism.

He stressed that it is possible for there to be cooperation between Jordanian companies and the Egyptian military’s production companies in several fields for joint military industrialisation, transfer of experience and technology between the two countries, and the vocational and technical training for workers on the latest systems in the industrialisation of the war.

The two sides agreed on the need to activate this cooperation between the Jordanian companies and the companies of the ministry to identify areas of mutual cooperation. They also agreed to form a joint committee from the two sides to discuss these fields of cooperation according to priorities and a systematic plan.