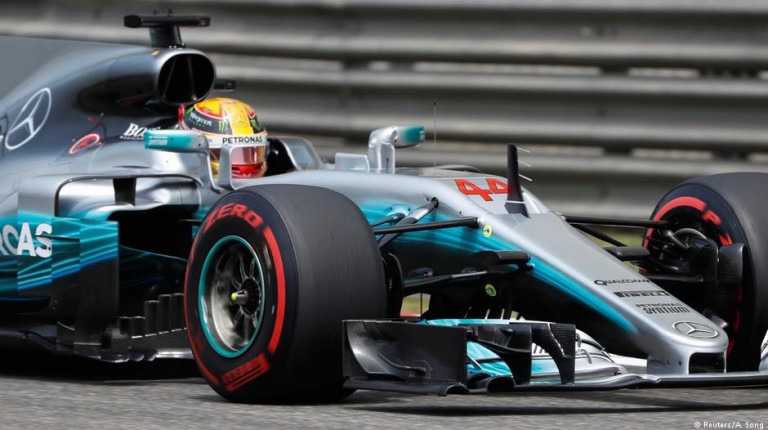 Red Bull’s Max Verstappen was hit by an “engine software issue” during first qualifying and his last lap was halted prematurely after Sauber’s Antonio Giovinazzi crashed.

Stoffel Vandoorne (McLaren), Romain Grosjean (Haas), Jolyon Palmer (Renault) all exited in first qualifying but finished ahead of Verstappen. Only Esteban Ocon (Force India) will start behind the young Dutch driver on the grid.

Hamilton’s time of 1.31.678 was the fastest time set at the Shanghai circuit. It was the 63rd pole of his career and the sixth consecutive time he qualified first on the grid dating back to last season.

The weather in Shanghai was fine for racing after fog grounded the medical helicopter for most of Friday, causing second practice to be cancelled. The governing body FIA arranged for a police escort to clear traffic for an ambulance on Sunday meaning the race can definitely proceed even if the helicopter cannot fly.

Vettel: Formula One technology ‘too complex’