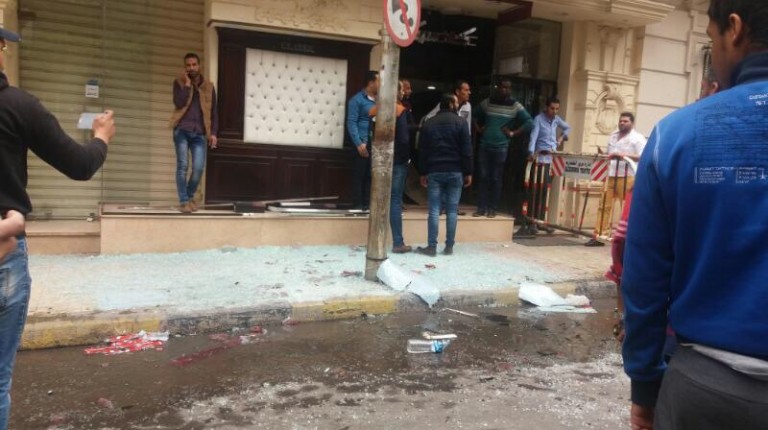 At least 11 people were killed and 33 injured in an explosion at Saint Mark’s Coptic Orthodox Church in Alexandria on Sunday, Ministry of Health spokesperson Khaled Megahed reported.

The explosion occurred a few minutes after the departure of Coptic Orthodox Pope Tawadros II from the church. Media outlets reported that the head of the investigation bureau of Al-Attarin district was among the dead.

There are so far conflicting reports about the attack: according to state-run Al-Ahram newspaper, a bomb was placed beside the church’s back door; however, other news outlets reported that it was a suicide attack inside the church.

Daily News Egypt’s correspondent at the scene, Naglaa Abou El Seoud, reported that, according to eyewitnesses, the bombing was a result of a suicide attack.

A few hours before this, another explosion hit a Coptic Church in Tanta, leaving 25 killed and 71 injured.

Both explosions occurred on the Christian feast of Palm Sunday.

In Video: The feast turned into in a river of blood