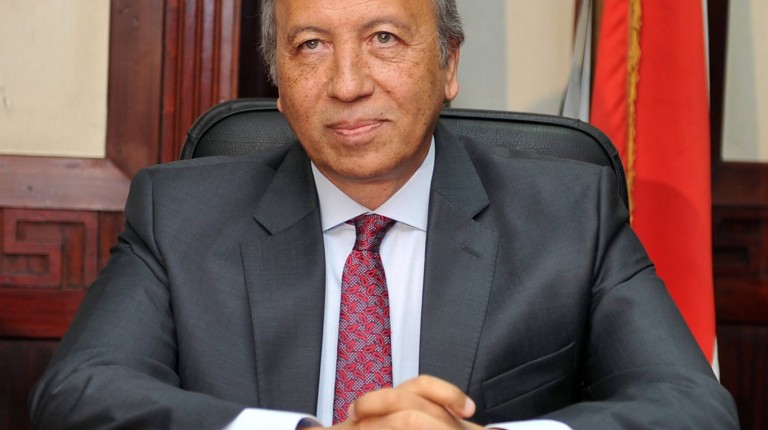 The Arab Investment Bank (AIB) achieved a growth in its business volume by more than 100% in 2016, compared to 2015, according to Hani Seif El Nasr, chairperson of the bank.

He added that the bank has achieved an 80% growth in profits in 2016, refusing to reveal the value until it is approved by the bank’s general assembly.

According to El Nasr, the AIB aims to increase its small and medium enterprises (SMEs) finance portfolio to EGP 6bn by the end of this year, compared to EGP 4bn in 2016.

He added that these projects represent 40% of the bank’s total loan portfolio, with the aim to increase them to 50% by the end of 2018, which is 30% more than the rate specified by the Central Bank of Egypt (CBE) in its initiative to finance these projects.

The CBE had obliged banks to allocate 20% of their total loan portfolio to SMEs throughout four years, ending in 2019.

“AIB focuses on expanding in the sector of SMEs. It seeks for the sector to acquire the largest share of credit portfolio,” Seif El Nasr said.

He explained that in order to make the goal come true, an independent management in the bank was established in 2012 to specialise in the sector. This will enable the bank to accommodate all the problems facing these projects and facilitate for them the obtainment of financing.

The bank has set several specialised programmes that suit all segments of SMEs. They include the “Shurakaa” (Partners) programme, along with a programme to finance working capital, medial services, and equipment and tools, in addition to other programmes.

The Shurakaa programme is a group of specialised programmes to finance all the needs of the existing and newly established projects with an interest rate of 5% for small and very small businesses and 7% for medium enterprises, with payment periods of seven years and facilitated finance conditions that suit all segments.

Seif El Nasr added that the bank adopts a strong spreading policy to reach its clients and the owners of these projects across the governorates.

He explained that it was decided to inaugurate several new projects during the upcoming period in Damietta, Semouha, the 5th Settlement, 6th of October City, Aswan, Obour, Sporting, Port Said, and Ismailia.

The bank inaugurated five branches in 2016 in Zamalek, 6th of October City, at City Stars, in Heliopolis, and in Suez.

He pointed out that the bank is currently working to obtain the approval of the CBE to open five new branches, taking the number of branches to 40 by the end of this year.

In the same context, Seif El Nasr said that it was decided for the bank to work according to the new technology system T24—considered one of the latest technological systems in the world—by the end of April.

AIB last week signed a cooperation protocol with Ahmed Darwish, head of the General Authority for Suez Canal Economic Zone, in order for the bank to be present in the area.

Another protocol was signed with Ali Gomaa, head of Misr El Kheir Foundation, aiming to offer financial support to individuals the foundation is assisting in paying their debts.

Another protocol is expected to be signed later with officials in the furniture manufacturing city in Damietta in order to start financing projects in the city.

Seif El Nasr said that the protocol signed with the General Authority for the Suez Canal Economic Zone aims to finance SMEs and complementary industries in the area, as well as offer all necessary banking services.

He added that the bank aims to achieve the authority’s plan to promote investment opportunities in the development project of the Suez Canal Economic Zone.

According to Seif El Nasr, the agreement was signed with the chairperson of the authority to start financing the establishment of an SMEs complex on an area of 190,000sqm in West Port Said.

He explained that this issue is currently being studied and the project will be carried out in cooperation with banks and other financial institutions.

Regarding the protocol signed with Misr El Kheir, Seif El Nasr said that it is part of the bank’s keenness to achieve the integrated development concept through the integration of the private sector’s efforts with the civil society institutions to solve vital social issues.

He added that the cooperation with Misr El Kheir is part of the bank’s social activities, which aim to achieve economic improvement for the families of the indebted by turning them into individuals able to work and produce, which leaves an impact on the economy and production.

He added that the protocol will be followed by more stages to cooperate with the foundation with the aim of supporting more social activities carried out by the foundation and in line with the bank’s strategy in the field of sustainable development.

Seif El Nasr revealed that the bank plans to establish a company specialised in the field of microfinance, in cooperation with the Islamic Development Bank (ISDB) and Misr El Kheir, to offer these projects support.

He pointed out that the final form of shareholding in the company and its capital has not yet been determined, stressing that the company will not be for profit.

In 2016, the bank established the Arab Investment Bank Institution for Development. It aimed to work in the field of development and charity work, whether in health, education, social development, or care provided for special groups and the disabled. The company’s business volume is EGP 3m annually.

Seif El Nasr said that the institution will be one of the tools of Misr El Kheir to eliminate the phenomenon of indebtedness within five years.

According to Gomaa, the number of indebted individuals who were released from prison through the help of Misr El Kheir reached 40,000.

Gomaa pointed out that this cooperation with AIB reflects the important social role of the Egyptian banking sector in supporting civil society organisations to enhance social development.

He added that Misr El Kheir has signed cooperation protocols with 30 banks out of a total of 38 banks working in the Egyptian market.