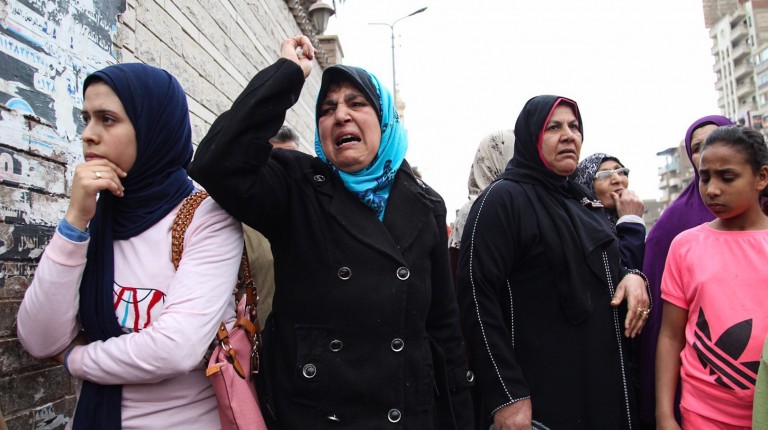 The US embassy condemned the recent church bombings, considering them “terrorist attacks on peaceful people at church during one of the most holy days in the Coptic year.”

“We present our condolences to the victims of the attacks, their families, and their friends, wishing them a speedy recovery,” according to a tweet on its official page, adding that the US stands strong with the Egyptian government and the people against terrorism.

Furthermore, Israeli prime minister Benjamin Netanyahu sent his condolences to Egypt after the attack. His office released a statement, saying that “the world has to come together and fight terrorism everywhere.”

The Iraqi foreign ministry condemned the attack, saying their government is standing with Egypt, calling for more coordination to counter terrorist groups.

Russian prime minister Dmitry Anatolyevich Medvedev sent a letter of condolences to his Egyptian counterpart Sherif Ismail, condemning the “barbaric attacks” and expressing sadness over the incident. He added that the perpetrators should be heavily punished.

The French presidency and French foreign affairs minister Jean-Marc Ayrault also condemned the attack in a statement, saying that the timing of the attacks shows that the perpetrators want to weaken the religious coexistence in the Egyptian state.

The minister added that his country is standing with Egypt in its fight against terrorism.

The attack was also condemned by Jordanian foreign minister Ayman Al-Sedfy, who said that “the Egyptian state is stronger than terrorism, which we are all fighting.”

The prime minister of Lebanon, Saad El-Hariry, also sent his condolences to President Abdel Fattah Al-Sisi, adding that “terrorism has no religion.”

The wave of condemnations also included the German embassy in Egypt, as German ambassador to Egypt Julius Georg Luy said that the embassy sent its condolences to the families of the victims, wishing for a speedy recovery for the injured.

Locally, the Egyptian foreign ministry reacted to the incident by launching a social media campaign, titled “United on Palm Sunday”, as the ministry spokesperson called the attacks “an obnoxious but failed attempt against all Egyptians.”

Several other Egyptian ministers condemned the attack as well.

The Grand Imam of Al-Azhar, Ahmed El-Tayeb, formed a delegation of religious officials to visit Tanta church in solidarity with Egyptian Christians. In a condemning statement, Al-Azhar expressed condolences to the families of the victims and said the “terrorist attack” aims at disturbing the unity of the Egyptian people.