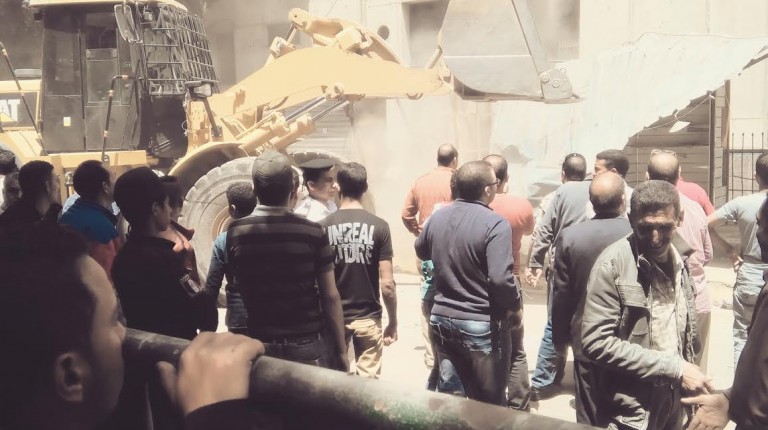 President Abdel Fattah Al-Sisi had on Sunday announced a three-month state of emergency across the country, following two separate attacks on churches during Palm Sunday prayers, which killed more than 40 and injured over 100.

After an emergency meeting with members of the National Defence Council, Al-Sisi addressed the nation and announced that a national council shall be formed to combat terrorism, and it shall have enough authority to be able to work, including regulations over the media, the judiciary, laws, and religious discourse.

According to Article 154 of the constitution, the president of the republic may declare a state of emergency after consultation with the cabinet and approval of the House of Representatives. “The state of emergency shall be declared for a specified period not exceeding three months, which may only be extended for another similar period after obtaining the approval of two-thirds of the House members,” the article stipulates.

Mar Girgis Church in Tanta was bombed early on Sunday morning, in which at least 27 people were killed and 78 others were injured, according to the Ministry of Health.

Shortly after, St. Mark’s Coptic Orthodox Cathedral in Alexandria, where Pope Tawadros II was giving a sermon, witnessed an explosion, killing at least 16 and injured 41 others. A video captured by the church’s security camera showed a man detonating himself at the gate of the church.