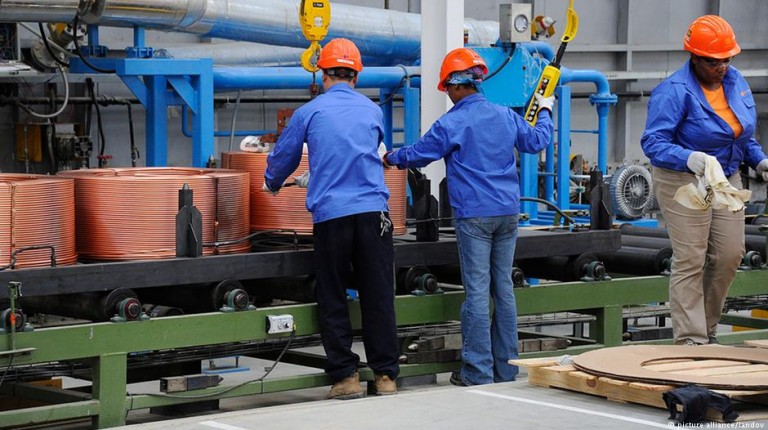 The world isn’t doing enough to help workers and communities displaced by global free trade, says a new report. It calls on countries to put in place necessary measures to help those who lose out in global competition.The world’s richer countries should help workers affected by trade liberalization, which has grown increasingly unpopular in the post-financial crisis era, driving a rise in protectionism, according to a report published Monday.

The report, jointly produced by the International Monetary Fund, World Bank and World Trade Organization, called for greater job training, stronger social safety nets and other policies that could ease the shocks from shifting industries and greater competition, particularly in the United States and Europe.

The report was released in advance of this month’s IMF-World Bank spring meetings.

“To be sure, job losses in certain sectors or regions in advanced economies have resulted to a large extent from technological changes rather than from trade,” the report said.

“But adjustment to trade can bring a human and economic downside that is frequently concentrated, sometimes harsh, and has too often become prolonged.”

Global trade grew six percent annually from 1960 until 2007 – the start of the global financial crisis – a phenomenon that produced average annual economic growth of three percent during the same period, according to the report.

“Since the early 2000s, however, a slowdown in the pace of trade reform, a post-crisis uptick in protectionism and risk of further reversals have been a drag on trade, productivity and income growth.”

“Too many individuals and communities … have been left behind by trade: there are legitimate reasons for discontent,” the report said.

However, it can be difficult to tell which pressures come from adjusting to trade apart from those caused by technological advances, it said.

Open markets and increased competition can help poor countries rise from poverty, lower prices in rich countries and force companies and countries to become more efficient and focus on what they do best.

But, drawing on recent research, they admit that those who lose out in global competition can be hit harder and suffer longer than previously understood. The organizations want countries to make it easier for people to switch careers or move where jobs are and in some cases to provide insurance for lost wages.