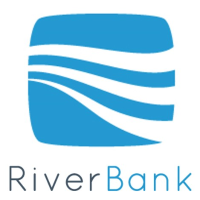 RiverBank S.A. announced its official start date as of 10 April 2017. RiverBank was granted a full European Banking license from the European Central Bank in March 2017.

A press release stated that RiverBank is a specialised lender dedicated to the financing of small and medium enterprises (SMEs), predominantly in Benelux (Belgium, the Netherlands, and Luxembourg) and Germany. The core loan target size is in the range of €750,000 to €3m, with coinvestment opportunities in deals up to €10m.

RiverBank will be composed of a light corporate structure, thanks to its financial technology (FinTech) profile based on online loan processing. During the course of 2018, RiverBank will offer competitive online savings products and grow its core lending business further. Its technology will be supported by a credit team, which will guarantee superior credit risk supervision.

Co-founder and CEO Jean-Laurent Girard, ex-managing director at Morgan Stanley, said that the bank’s administration believes in their ability to help finance their SME clients by combining a bank and FinTech under one single platform.

Professor Roland Berger and Michel Péretié, co-founders of RiverRock ECP LLP, said that the creation of RiverBank would complement their strategy to support the backbone of the European economy.

Industrial business entrepreneur and majority shareholder and co-founder Naguib Sawiris, through his family vehicle Marchmont, said that the bank is a great addition to their long lasting and solid presence in Luxembourg and Europe through various large investments in the European economy and in particular in the financial services sector.

From Vietnam to Egypt, bird flu still raging across continents

A full Asian tour in a metropolitan island