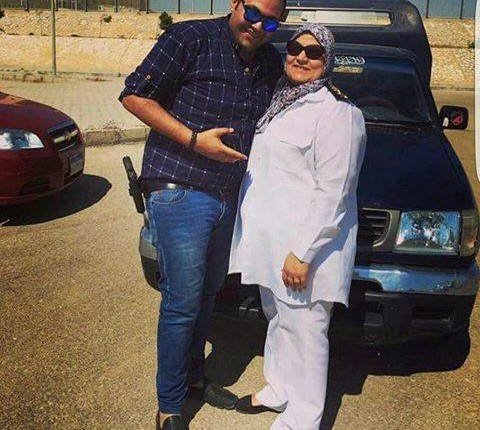 The three female police officers killed on Sunday in the terrorist attack on St. Mark’s Coptic Orthodox Cathedral in Alexandria marks the first instance of female police being killed in the history of the Ministry of Interior.

Brigadier general Nagwa El-Haggar and sergeants Asmaa Hussein and Omneya Roshdy were among a total of seven police officers killed in yesterday’s attacks. The three were doing a security check at the cathedral’s entrance, when a suicide bomber detonated himself at the electronic gate.

Sergeant Asmaa Mohamed, a colleague of the two other victims, also spoke by telephone to CBC channel’s Lamees El-Hadidi, saying that one of them was to get married in a month, while the other left two daughters behind. “But, despite everything, we continue to be on duty—whether me or my colleagues,” Mohamed said.

As shown in a video footage obtained from the church’s security cameras and published in the media, the suicide bomber attempted to enter the church by avoiding the electronic gate but was stopped and asked to go through it.

He was seen passing through the gate, but then took a step backwards, after which he immediately blew himself up.

Major Emad El-Rakaibi, described as a heroic police officer in both local and international media, reportedly prevented the attacker from accessing the church.

Other police officers killed in the attack were Essam Adeeb, Mohamed Ibrahim, and Mohamed Hassan.