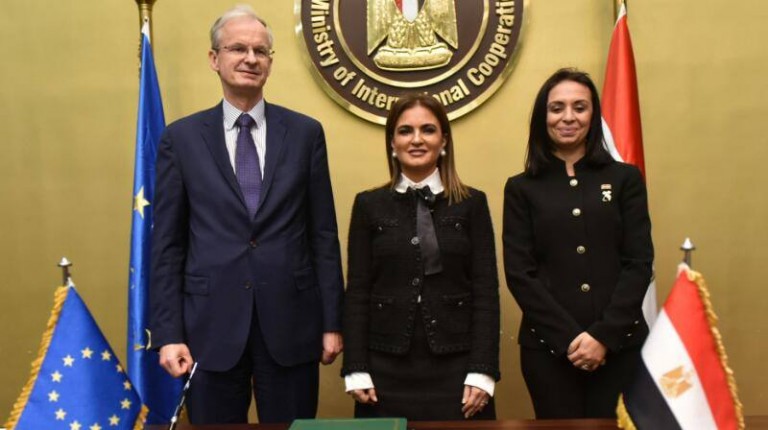 Minister of Investment and International Cooperation Sahar Nasr signed a grant agreement of €10m with director-general for European Neighbourhood Policy and Enlargement Negotiations Christian Danielsson to promote women’s rights in Egypt. The grant is disbursed to the National Council for Women.

Nasr said that the agreement aims to contribute to the implementation of the national plan to prevent female genital mutilation and to empower women in Egypt. She noted that the grant comes to support the government’s plan to make 2017 the Year for Women, according to the directives of President Abdel Fattah Al-Sisi.

She added that the government aims to grant women equal opportunities and a vital role in the economy, especially as the government continues to implement its economic and social programme to remove the obstacles hindering investments and projects.

Danielsson said that promoting gender equality and women empowerment is on top of the European Union’s (EU) priorities. He added that the cooperation with Egypt in that regard will have a positive impact on their participation in the labour force, hence to the entire economic development. He pointed out that the EU and its countries have collectively supported Egypt with €11bn until now.

Maya Morsy, the head of Egypt’s National Council for Women, said that the agreement comes as part of support aimed towards the women empowerment strategy 2030, which aims to empower women economically and politically and strengthen their rights. She added that the National Council for Women will coordinate with different government agencies to implement the strategy.