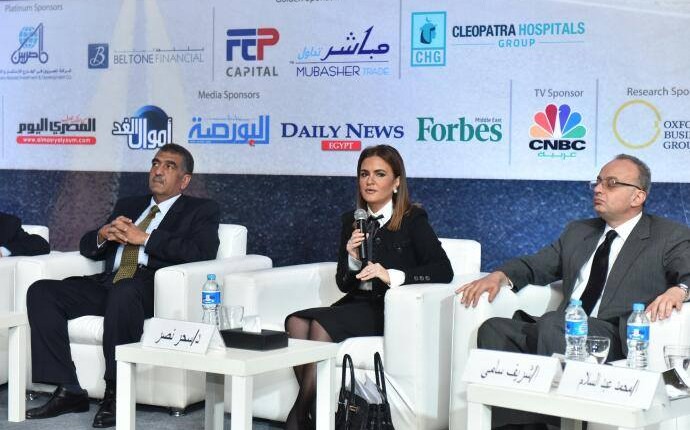 Sahar Nasr, during her participation in the capital markets summit, stated that the government is also discussing a new draft law for financial leasing and factoring, preparing it to be presented to the parliament following the cabinet’s approval.

During her participation in the capital markets summit, Nasr said that the economic group is meeting today to discuss these laws, along with the governmental initial public offering (IPO) programme.

She added that, after the meeting, the amendments will be presented to Prime Minister Sherif Ismail for approval before sending the drafts to the parliament. She pointed out that the government aims to secure several financing alternatives in the coming period.

Nasr said that she held a number of meetings with Sherif Samy, head of the Egyptian Financial Supervisory Authority (EFSA), and Mohamed Omran, chairperson of the Egyptian Exchange, as well as a number of officials to discuss the laws currently being prepared.

She explained that she relies on the government to study the laws and take the opinions of industry leaders.

The minister said that she is keen on keeping open channels of communications with investors and learn about their perspectives on different matters.

She stressed that attracting foreign investment is a major target to stimulate the non-banking financial sector. She noted that foreign investments in the Egyptian Exchange have been growing, where there is a notable interest by financial foreign institutions in the Egyptian capital market, indicated by their enthusiasm for developing and supporting the ministry’s programme that was developed with the institutions of the non-banking financial sector.

Promises of reform: a story that could end happily, or in disaster

CBE has no right to reduce CEOs’ tenures under banking law: legal adviser