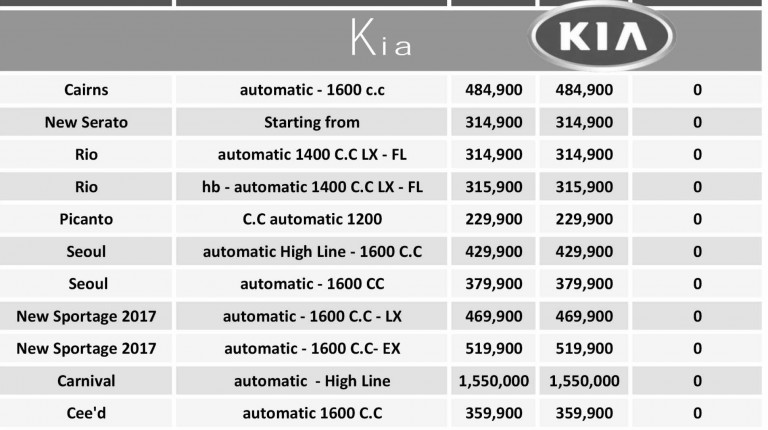 Yet, in April, the carmaker decreased the prices of all its models, except the Carens—which saw a price increase of EGP 10,000—and the Carnival, the price of which remained unchanged at EGP 1.55m.