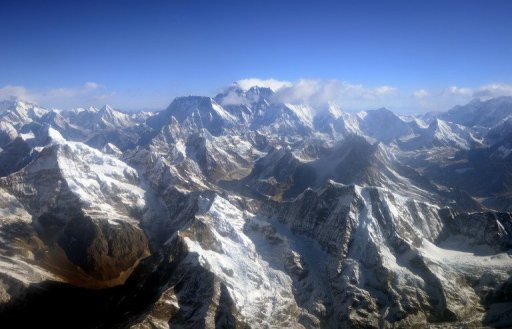 Legendary DJ Paul Oakenfold from Great Britain has ascended to the Mount Everest base camp to play the “highest party on earth” with around 100 trekkers.Paul Oakenfold, the 53-year-old godfather of dance music and three-time Grammy nominee, climbed for 10 days to reach Nepal’s Everest base camp along with a team of porters and yaks that carried his audio equipment.

On Tuesday, despite the freezing temperatures, climbers at the camp – set at 5,380 meters (17,650 feet) above sea level – enjoyed an outdoor party in the sun on a clear day as Oakenfold played on a stage bedecked with Tibetan prayer flags amid the world’s highest peaks.

“It was truly amazing. I feel very lucky to have played here,” Oakenfold told AFP after the performance. “We did a wonderful event and had people from all over the world. I feel very blessed.”

The Mount Everest show was the first of Oakenfold’s SoundTrek series of treks to “the planet’s most awe-inspiring locations to showcase musical cultures from around the world.”

Funds raised for the event will be donated to a number of charities including Himalayan Trust and Supporting Nepal’s Children, which are helping survivors of Nepal’s tragic 2015 earthquake that killed nearly 9,000 people and left thousands homeless. The DJ equipment used on Everest will be given to a local community.

“I want to support in the rebuilding and to shed light on the environment…I would like to do my bit,” Oakenfold said.

Among the trekkers who attended the party – part of a growing band of climbers starting to ascend Everest as the peak climbing season begins – was American Ben Jones. “It was pretty cool. I’ve been here many years but never seen anything like that,” he told AFP.

The world music press also expressed surprise at the Everest party, including “Pitchfork” magazine. “Today was a big one for British DJ Paul Oakenfold, who just performed at Mount Everest’s Base Camp. Really,” commented the online music bible.

Oakenfold trained for four months to prepare for the hike. “I’m not going to pretend it was easy to get here…but it has been a wonderful trek. If you could see the view I’m looking at, it is very inspiring,” he said.

Egyptian youth climb to the top for a good cause

Mountain hiking? How about doing it for a cause?

From sand to snow: An Egyptian quest for Europe's highest summit