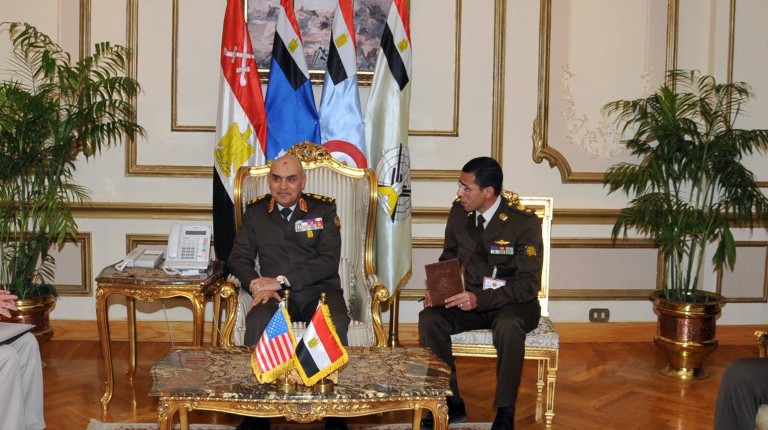 Minister of Defence Sedky Sobhy met on Tuesday with a US Congress delegation headed by Hal Rogers, chairperson of the US Appropriations Subcommittee on State and Foreign Operations.

The official army spokesperson said in a statement said the two sides discussed joint military cooperation as the US delegation expressed their condolences on the church terror attacks on Palm Sunday.

US president Donald Trump supported his Egyptian counterpart Abdel Fattah Al-Sisi in a public statement following the attacks that killed more than 40 on Sunday.

“So sad to hear of the terrorist attack in Egypt. U.S. strongly condemns. I have great confidence that President Al Sisi will handle situation properly,” he tweeted after the attacks.

Trump also phoned Al-Sisi following the attacks to express his country’s full support for Egypt and the Egyptian people in confronting this phenomenon which threatens the entire world.

Al-Sisi had just returned from a visit to the US two days before the attacks, returning with Trump’s support and his declaration of an alliance with Egypt.