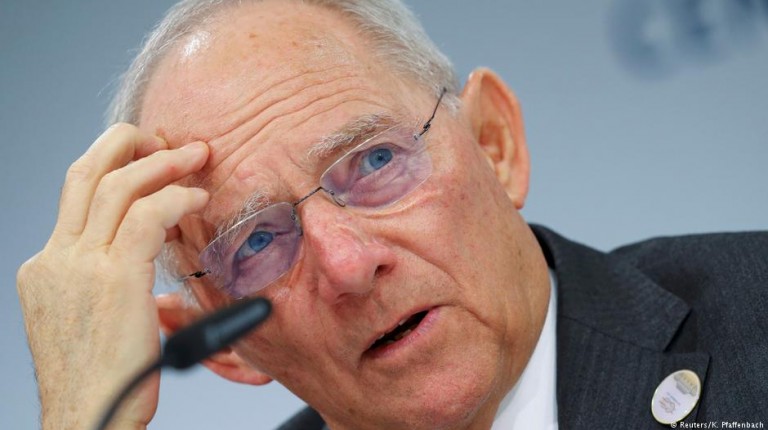 Germany’s finance minister has said taxpayers in the country can expect a slight decrease of their tax burden after the fall general election. But he’s not willing to agree to fresh borrowing to finance the measure.German Finance Minister Wolfgang Schäuble told public German broadcaster ZDF he would propose moderate tax cuts for low-and middle-income earners after the country’s general election in September.

Schäuble is a member of Chancellor Angela Merkel’s Christian Democrats, who are ahead of their Social Democrat junior coalition partner in opinion polls.

The German finance minister has been under mounting pressure to consider easing people’s tax burden against the background of a continuously robust labor market and steady economic growth resulting in ballooning tax revenues.

Pressure has also come from the Social Democrats, who have suggested reversing some labor market and social welfare reforms that have hurt the poorer sections of society.

“We want moderate tax relief,” Schäuble told ZDF reporters. But at the same time, the minister categorically rejected the idea of fresh borrowing, that is new debt, to counter-finance any tax cuts as this might violate his cherished balanced budget policy.

“Therefore, we also don’t have unlimited flexibility to cut taxes,” Schäuble concluded, adding that relief measures would most likely amount to some 15 billion euros ($15.9 billion) a year.

Economists largely agree that this would be far too little to boost private consumption across the nation.

Schäuble’s remarks on tax cuts came just a day after the Organization for Economic Cooperation and Development (OECD) reported that Germany had the second-highest tax burden of all industrialized nations, only trailing Belgium.