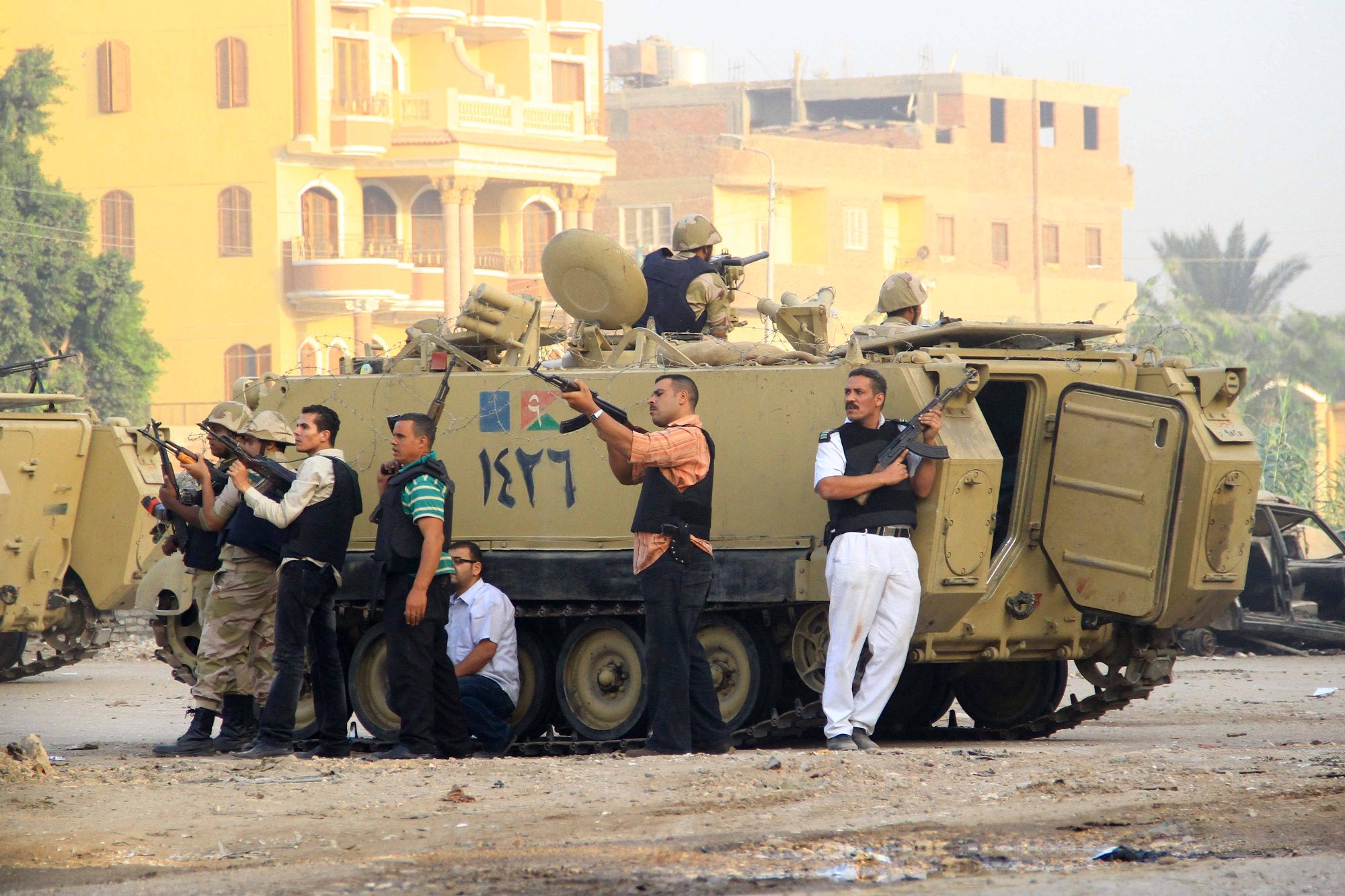 The Cairo Criminal Court will issue a verdict on 24 April in the case publicly known as the “Kerdasa police massacre,” state-run media reported.

A total of 156 defendants are facing retrial over charges of storming the district’s police station, murdering 14 officers, and mutilating their bodies.

After mass death sentences were issued in 2014 and 2015, the Cassation Court granted the defendants a retrial in February 2016.

The neighbourhood, located in Giza, was subject to large-scale security operations in the aftermath of the dispersal of pro-Muslim Brotherhood sit-ins in Rabaa Al-Adawiya and Al-Nahda square, which had led to the death of hundreds.

Meanwhile, a Cairo court will look into the criminal court’s decision to release Al-Jamaa Al-Islamiya figures Safwat Abdel Ghany and Alaa Abou Al-Nasr after the prosecution appealed the court’s ruling to grant them release.

The two previously saw their release denied by court in October 2016. The pair were arrested in July 2014 over charges of inciting violence while participating in the sit-in at Rabaa Al-Adawiya, Nasr City, which supported the ousted former president Mohamed Morsi.

Abdel Ghany and Abou Al-Nasr were, respectively, head of the political bureau and secretary general of the Construction and Development Party—a party established in 2011 to act as the political arm of Al-Jamaa Al-Islamiya.

2 injured by explosion in Kerdasa