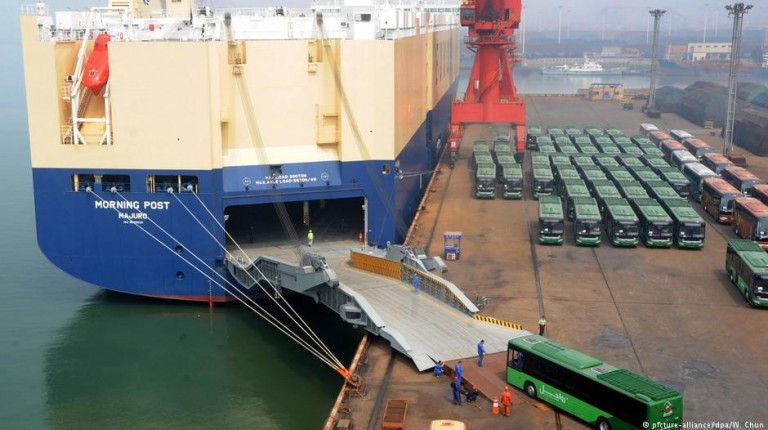 China’s 2017 export outlook has brightened considerably on forecast-beating trade growth in March. The fresh figures came as a trade war between Beijing and Washington looked less likely after bilateral talks.Chinese exports rose by 16.4 percent year on year to $180.6 billion (169.3 billion euros) in March, official data from the Customs department showed Thursday. Analysts viewed the better-than-expected figures as a sign of stabilization in the world’s second-largest economy.

China is the global leader in goods trading, with its performance affecting partners from Australia to Zambia. Many nations had been hit as China’s expansion slowed to levels not seen in a quarter of a century.

But the March exports statistics marked a dramatic turnaround for China, which saw its shipments abroad drop by 1.3 percent in the previous month.

Imports also rose significantly in March, logging a 20.3-percent jump to $156.7 billion, with the trade surplus increasing to $23.9 billion.

“China has finally caught up with the rest of Asia with the end of the trade recession,” said Australia & New Zealand Banking Group economist Raymond Young.

He added that the risk of a trade war between China and the US had diminished substantially after recent discussions between the two nations’ presidents.

Customs spokesman Huang Songping noted that trade activities in March were driven by a pickup in external demand, surging import prices and a stable domestic economy.