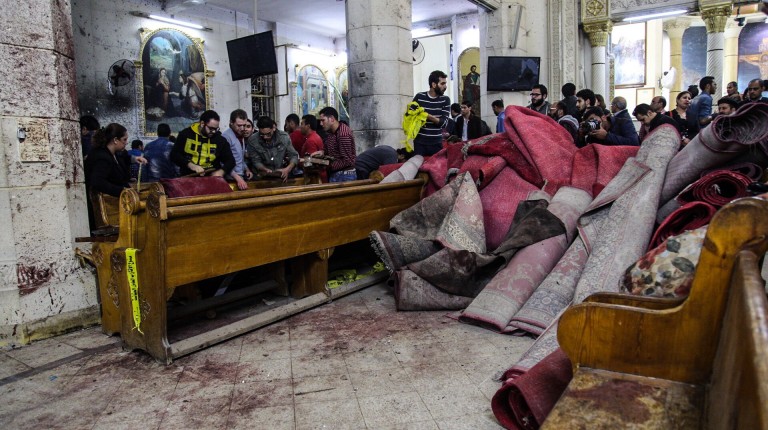 The ministry announced the suicide bomber as 30-year-old Mahmoud Hassan Mubarak Abdallah from Suez governorate and who works in an oil company in Qena.

The ministry said that Abdallah was an associate of Amr Saad Abbas Ibrahim, a fugitive who is the leader of a terrorist cell that orchestrated last December’s deadly suicide bombing of Cairo’s St. Peter and St. Paul’s Church, which killed 29 worshippers, mostly women and children.

This statement came within the ministry’s work in inspecting and unloading the surveillance cameras at the site of the two incidents, gathering relevant information, tracing the trajectories of the two suicide bombers, and tracking the fugitives to examine their link to the two incidents.