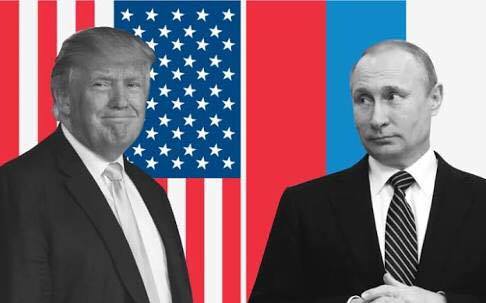 In March 2003, the United States, United Kingdom, Poland, Australia, Spain, Denmark, and Italy began preparing for the invasion of Iraq, with a host of public relations and military moves. In his 17 March 2003 address to the nation, George W. Bush demanded that Saddam and his sons surrender and leave Iraq, giving them 48 hours. But the US began bombing Iraq a day before the 48 hours ended after a rejection of the ultimatum by the Iraqi government. Unlike the first US war against Iraq, however, this war had no explicit United Nations (UN) authorisation.

However, the invasion of Iraq resulted in global consequences, such as a hike in oil prices—which effectively raised the price of the products all around the world—and marked the beginning of more radical Islamist armed movements.

And now, 14 years later, the US, under president Donald Trump, has yet again hit another country without UN approval. But what are the possible consequences that could result from this course of action?

On Friday, the US launched 59 Tomahawk cruise missiles from two destroyers in the Mediterranean against Shayrat air base in Syria. However, many news reports predicted that the strike might not be the last and that the White House will do so again if it considers that necessary.

But what would happen economically if the US decided to increase its involvement in the Syrian crisis? Daily News Egypt asked several economic experts about this issue.

The economic expert and member of the World Federation of Exchanges Medhat Nafea believes that the war in Syria is far more complicated than most people think.

He stated that there are many scenarios that would have terrifying effects on the whole region, not only on main commodities such as petrol or gold, but on the world economy.

The strike against Shayrat base was something that was known and approved by both the US and Russia in one way or another and would probably not result in a more dangerous situation, he added.

The strike was something important to make the Syrian president reconsider his stance and think about finding solutions to the current crisis, because he was the reason that prevented any progress in the Geneva talks, he added. Nafea believes the US took action to achieve some progress.

Another scenario is that the American president might be sending a message that he is not cooperating with the Russian president, Nafea said.

It was probably a deal that was made with Saudi Arabia to strike Syria, because of the ethnical and religious differences between Saudi and Syria. That is why the kingdom was one of the first countries to approve the American strike. There is a lot of meddling in the Syrian crisis.

Unfortunately, the Egyptian role was not clear. However, a wider American conflict in Syria would not benefit Egypt in any way.

The only people who would benefit from the war are weapon manufacturers, who sell more weapons during times of war. However, Egypt will lose economically if America expanded its strikes on Syria, as is an important market that used to import a lot of products from Egypt.

If Syria was divided, it would not benefit Egypt; even if oil-rich countries promised to provide more support, it would be temporary help, which would not match the price of losing an important country as Syria.

Moreover, the world is waiting for a more effective Arab role that would end Syria’s crisis.

The Price of oil would increase

Nafea explained the price of oil might get affected if more US strikes were to hit Syria, because the parties of the conflict—namely Russia, Iran, Saudi Arabia, the United Arab Emirates (UAE), and the US—are the main oil producers. He believes the price of oil will increase.

However, none of the oil-producing countries will halt their oil production, as they would not want to lose a market share. He added that even in Libya, the conflicting parties are always looking for ways of selling their oil.

Moreover, Nafea believes that, usually, when a declaration of war is announced, demand grows more rapidly than supply, which means the price of all products would increase in the region and the whole situation becomes worse.

From another perspective, the executive chairperson of Union Capital Incorporated (UC), Hany Tawfik, stated that history does not repeat itself.

He explained that Russia, China, and Iran made it clear that there should be no further American involvement in Syria.

He stated that the US is the world’s largest economy and that it will not risk weakening its economic stance worldwide by being dragged into a new world war. The US is facing another problem, which is North Korea, Tawfik added.

From another direction, the managing director of Multiples Group, Omar El-Shenety, said one economic effect a war between the US and Russia in Syria will have is that the price of oil will rise again, which would create more fiscal surpluses in oil-producing countries, such as Saudi Arabia and the UAE, which are Egypt’s trading partners and would probably increase their support for Egypt such as what happened after of 30 June 2013.

He added that if any war in the region breaks out, Egypt is probably willing to participate in it.

El-Shenety explained that back in 1987, the economic situation of Egypt was worse than the current period. Egypt’s participation in the first Gulf War made the US and Arab countries provide more aid and finances to Egypt, he added.

He believes that Egyptian authorities would be willing to place a bet on that. This is why the rate of Egypt’s imports of weapons has been on a rise since 2013.

El-Shenety stated that America’s involvement would make Iran reduce its role in the area, explaining that the last years of the former US president has showed that America is taking its hands off the Middle East, and now the strike shows that the US is probably back, which would reduce Iran’s influence.

“The importance of Egypt will increase,” he noted.

Regarding the price of oil, he believes it would increase along with the US dollar, because the war would automatically make the US pump more investments in its market, which would raise the value of its currency.

However, the former dean of Economics and Political Science College at Cairo University, Aliaa El-Mahdy, believes that more American involvement in Syria would have no more direct bad effects on Egypt, unless Egypt announces its participation in the conflict, which would probably affect Egypt negatively from political, economic, and social perspectives.

She added that a war might affect the whole region, because the region would become known as a war zone, which would effectively prevent any further investment or tourism to the region.

She added that Egypt has unfortunately wasted a precious opportunity when it announced a state of emergency this week, because that indicated that Egypt in fact is not secure for more investments.

She believes the region is in a dangerous and critical situation now.

Unlike other opinions, she stated that the US dollar price might not necessarily increase during a war, yet the American economy would definitely witness a higher growth rate.

She stated that both parties are likely to prevent more tension in the area, and the future of the country and its people is unpredictable.

Topics: dollar Syria US US involvement

The three messages of the US strike on Syria