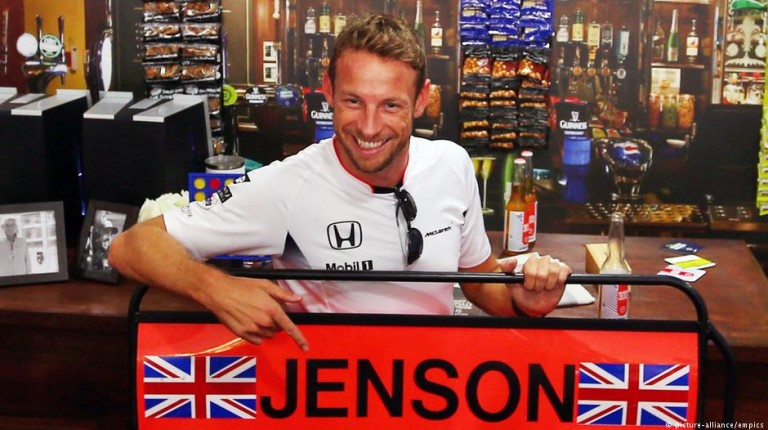 Two days after McLaren announced that Fernando Alonso would give the Monaco Grand Prix a miss, the team have found a replacement. Former F1 driver Jenson Button is to take the wheel of Alonso’s car for the race.Formula One team McLaren-Honda announced via a statement posted on their website on Friday that Jenson Button was coming out of retirement to take Fernando Alonso’s place for the Monaco Grand Prix.

This follows their announcement on Wednesday that Alonso would miss what is one of the highlights of the F1 season in order to drive in the Indianapolis 500, which also takes place on May 28.

“I’m thrilled to be making a one-off return,” the statement quoted Button as saying. “I couldn’t think of a better place to make that return than my adopted home grand prix – Monaco.”

The 37-year-old’s temporary return had been strongly rumored since Alonso’s announcement, because although he retired at the end of last season, he had a contract with McLaren to replace any driver unable to race in 2017.

“I’ve won the race before, in 2009, and it’s one of my all-time favourite racetracks,” he said. “It’s a tricky street circuit on which a good driver can really make a difference – and, although the McLaren-Honda MCL32 hasn’t begun the season well, I think it may be more suited to Monaco than to the faster circuits that Fernando and (teammate) Stoffel Stoffel [Vandoorne] have raced it on so far this season.”

McLaren announced on Wednesday that Alonso would take part in this year’s Indy 500 as he seeks to fulfill his lifetime deam of completing a rare career “triple crown” by winning the Monaco Grand Prix, the Indy 500, and the 24 Hours of Le Mans.

The only driver ever to have won the triple crown was the late Graham Hill, the British driver, who was active from the late 1950’s to the mid-1970s and like Alonso, twice won the F1 drivers’ title.