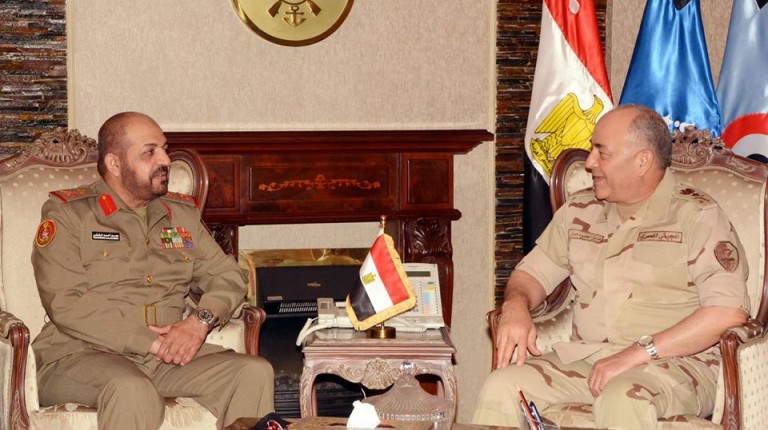 According to a statement by the military spokesperson, the meeting aimed at boosting bilateral military cooperation between the two Arab countries, as well as to hold discussions on the efforts exerted to fight terrorism and achieve stability in the Middle East.

The Egyptian military spokesperson, Tamer El-Refai, said in a statement on Monday that “Hegazy asserted the importance of strategic cooperation, discussions in the military field, and the exchange of experience between Arab countries to fight terrorism in the region.”

Egypt has been lobbying to enhance military relationships with Arab countries. Last month, Egyptian and Emirati armed forces continued the “Zayed 2” military exercise of army, navy, and air force elements in the United Arab of Emirates (UAE) as part of the annual joint training exercises between the two countries.

Also, on 12 March, Egypt’s and the UAE’s military forces started drills in the UAE and in Bahrain as part of “Hamed 2”, a joint exercise of the three states.

NBE, IDA to finance projects under ‘Your factory is ready’ initiative