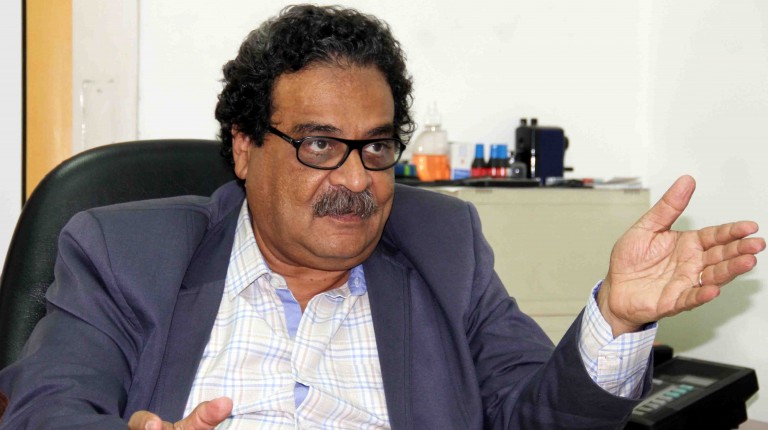 Dear readers, we will try to present one of the most important stories that summarises the meaning of the slogan “No voice is louder than the voice of battle”, with the conspiracy theory to justify the continued security control and the postponement of the democratic project.

Our story begins with shocking news and images reported by the media about the slaughtering of a number of Christians in Al-Arish, aimed to terrorise and intimidate Christian families living there and to push them to leave their homes through forced displacement operations.

Those displaced people said that some officials in Sinai advised them to immigrate because the state cannot secure their lives. What made the state authorities, systems, and institutions in the city of Ismailia seem worse is that they were completely unable to provide decent living conditions for the displaced people.

These authorities did not move until their image was destroyed by public opinion. The official authority kept diminishing the suffering and intimidation that the Christians have experienced and kept denying that the security conditions are the reason behind their migration, which is against their will, despite President Al-Sisi’s announcements in subsequent statements that he will work on returning the Christians to their homes once security and stability return to the areas from where they were forced to leave.

In general, we can say that the slaughter of Christians and their forced displacement seemed shocking to public opinion, and the public opinion of Christians in particular, which earlier expressed the readiness to accept the tyranny and also hunger, for security.

The supporters of the authorities did not only deny this—seeming illogical to a great extent—but they preferred to describe the attack on Christians as retaliation for a great victory achieved by the armed forces after an international conspiracy has taken place in Sinai.

This revenge is an attempt by the conspirators to survive after being narrowed down and completely crushed. How did that happen?

The story that has been shared on social media pages carried the name of a person that claimed to be a colonel in the Egyptian armed forces, saying that the armed forces have succeeded in gaining control over Jabal Halal in the centre of Sinai.

According to the narrator, entering and controlling this mountain was impossible due to its rugged nature. The narrator confirmed that the mountain is a terrorist haven and the management centre of the criminal acts that are logistically supported by neighbouring countries and evil countries, led by England and America. The story confirmed that the armed forces found sophisticated weapons, operated by satellites, along with a very complicated financial network and documents that condemn local and international people and intelligence agencies of friendly and hostile countries. The documents reveal that sleeper cells operate secretly to provide terrorists with information or to receive remittances.

Egyptian figures, businessmen, and foreign investors are allegedly involved in these cells. Finally, the narrator says that it is an international scheme to unite the world against Egypt and demand the imposition of the protection Copts in North Sinai under the pretext of being targeted by terrorists, describing the matter as the inability of Egypt to protect them, therefore requiring their relocation to safer areas.

He added that they found documents, including names, positions, and locations of the conspirators, and thereby ruined their scheme, so that the traitors now claim responsibility for the forced displacement of the Copts. The story described the battle of Jabal Halal as a special military battle in modern times.

The armed forces obtained $600bn and detained intelligence officers from different nationalities, according to the story. The story of arresting intelligence officers from different nationalities was interpreted by supporters of the authorities on social media as being in context with the secret visit of the king of Jordan and the German chancellor in the same week to Cairo, where he stressed that these officers belong to several countries including Israel, England, Qatar, Turkey, America, Jordan, Germany, and Saudi Arabia, as well as to the Hamas.

The German chancellor and the king of Jordan allegedly came to Cairo to receive the officers. Other pages supporting authorities confirm that the forced displacement of Christians is to keep them safe from being targeted by an international scheme, while the traitors are working on displacing them from their areas in order to provoke the international community.

Dear reader, the list of conspirators not only includes international authorities, but also foreign businessmen and investors, along with the Egyptian figures, all of which mean that there are signs that any Egyptian figure or businessman or foreign investor is susceptible to being accused of being part of the conspiracy.

The displacement of Copts is either a lie or a claim to say that Egypt is unable to protect them, or it is a precautionary measure undertaken by the authorities to protect them. In both cases, there is a denial of the deterioration of the security situation resulting in the forced displacement. This in turn confirms that there was a conspiracy that promoted the lie that there is already a security problem or that Christians were to be harmed.

While the truth is that the displacement prevented this harm, the two stories also affirm that there are a lot of conspiring states, that the manoeuvre was aborted, that the full victory has been achieved, and that officers of these countries are in our grasp.

I think that the story of Jabal Halal is an explicit model about how to turn defeats into victories through the use of conspiracy theories in order to continue confiscating political life by using the slogan “No voice is louder than the voice of the battle”.

Whenever you look back in the history of Egypt you will find many examples about how we have been turning defeats into victories, but the battle of Jabal Halal seems much smaller than the other battles, but it expresses a lot more crudeness.

Victory in such cases has been ambiguous and sees many interpretations: whether it is a defeat or half a defeat or a setback or a great victory, but this time things are clearer and are not based on any logic.

Finally, I should mention that the official authorities did tell—or promote—these stories about the battle of Jabal Halal, and thus they are not responsible for these narratives. The story since its beginning is told by someone who wrote his trio name claiming that he was a colonel in the Egyptian army. Even if this person—who we do not know if he was an officer in the army or not—wrote a story that the army considers incorrect, the army could have denied it through official channels. We can’t believe that this story has been told by a person who belongs to the Egyptian armed forces. This means that the story is supported by the authorities whether directly or indirectly, which is so dangerous and negatively impacts the reputation of the Egyptian administration to the danger before the world.

It also impacts our good relations with countries such Germany and Jordan. Such stories will make the Egyptian public doubt the credibility of the Egyptian army due to its illogical methods. I believe that our armed forces must deny these stories as it harms its reputation, which is contrary to what people think—those who are claiming that such victories will be a source of assurance and will gather the Egyptian people around the Egyptian army.

This is can be described as the bear that killed its friend.