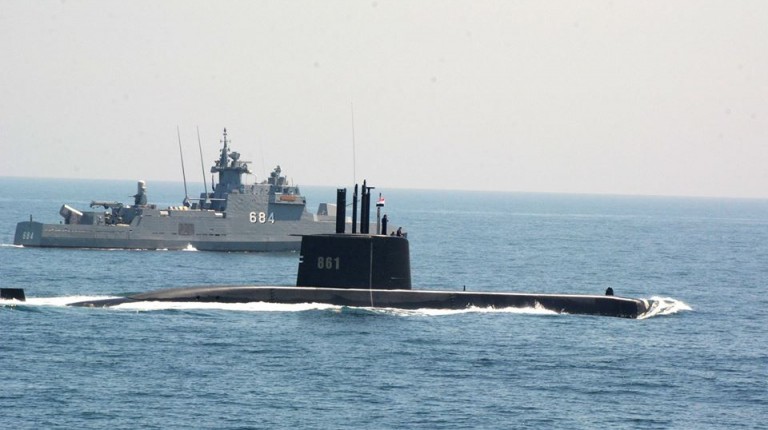 The Egyptian navy received on Wednesday the first Type-209/1400 submarine, according to local media reports. The ship is supplied by German shipbuilding company Howaldtswerke-Deutsche Werft to Egypt.

The submarine arrived at Ras El-Tin in Alexandria on the Mediterranean coast. It can sail up to 11,000 nautical miles when surfaced and has a maximum speed of 21 knots.

It also has the ability to launch missiles and torpedoes and is reportedly equipped with the latest navigation and communication systems that can protect coasts, as well as the country’s waters.

The deal included supplying four submarines constructed by the company from the German city of Kiel, as assistance for Egypt’s navy.

In a similar context, Russian experts arrived in Cairo on Wednesday for talks about supplying the two French Mistral helicopter carriers with Russian equipment and weapons, according to state-run Al-Ahram newspaper.

This came as part of an agreement signed by the two sides over military contribution by Russia to Egypt.

The Mistral deal was signed between Egypt and France over the past year. Two Mistrals have arrived in Egypt so far.