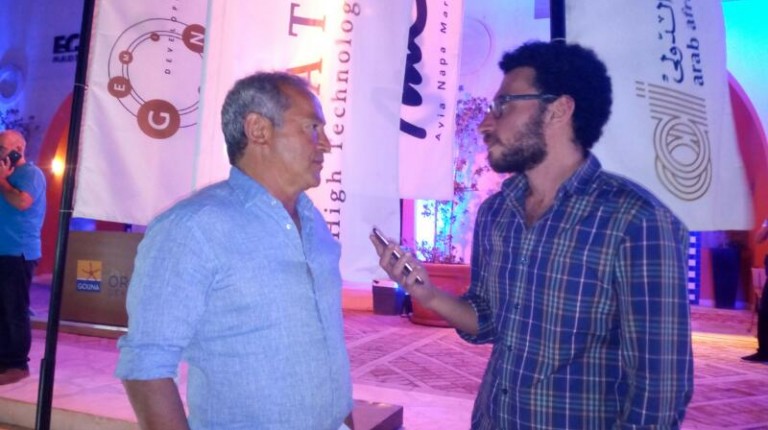 In the wake of the 2011 revolution, Egypt’s economy has been suffering as a result of the political instability, in addition to the regional security concerns, which especially took a toll on the tourism sector that is a cornerstone of the Egyptian economy and a critical source of hard currency.

Prior to the 2011 revolution and the 2013 unrest, more than 14 million tourists visited Egypt annually, which dramatically dropped to 9.3 million in 2015. After the cessation of flights between Russia and Egypt following the Russian Metrojet crash in Sinai in October 2015, tourist arrivals dropped by an additional 40%. Around 3 million Russian tourists previously visited Egypt annually, which dropped by 75% following the cessation of flights.

In an effort to help revive tourism, El Gouna is again hosting El Gouna International Squash Open for men this year, in addition to hosting the Orascom Development PSA Women’s World Championship. The organisers hope that the tournament is a successful step among the continuous efforts to restore the tourism industry to its previous glory, which at its peak in 2010 was one of the main sources of foreign currency and revenues for the Egyptian economy, providing annual revenues of nearly $12.5bn and accounting for more than 11% of the GDP and 14.4% of foreign currency reserves, while employing more than 12% of Egypt’s workforce.

To learn more about how the private sector currently views the Egyptian economy and the tourism sector, Daily News Egypt sat down with the founder and the chairperson of Orascom Development, Samih Sawiris, to talk about potential Orascom Development projects in Egypt and abroad, and how Egypt can revive tourism.

Do you believe that tourism is going to increase in the short term?

I believe that with the rise of terrorism everywhere in the world, especially in Europe with the recent attack in Sweden—proof that it isn’t only an Egyptian problem—will change the way prospective visitors view the country, as well as foreign governments who used to impose travel bans whenever a terrorism-related incident took place. This phenomenon might have a positive effect on the inflows of tourists to Egypt in the near term, if coupled with efficient campaigns to promote tourism.

How do you view the government’s efforts to promote tourism?

I believe that the budget allocated for promoting tourism should be spent more efficiently. The government should benefit from the expertise of people who have already been working in the sector for 20 years or even 30 years. The government should consult with them before the promotional campaigns start, as the authorities lack the experience and the presence in the foreign market needed to launch an effective campaign. There is a huge amount of money being spent for this purpose, and if used wisely, it could really make a difference.

Can you tell us about Orascom Development projects? Are there any new ones in the pipeline?

We are working on the completion of current projects, but we don’t have any plans for new projects in the near term. As a company, we are committed to finish and complete all the phases of our existing projects in general—especially the four projects that we have in Oman, such “Al Sodah” island,  “Hawana Salalah”, and “City Walk Muscat”,  as we have a very good level of understanding and trust with the authorities over there.

From your point of view, was the Central Bank of Egypt’s (CBE) decision to free float the currency successful?

I believe that it was a very difficult decision to take, but in the end, it was the right thing to do, as it will allow us to increase our products and services that are being exported abroad, such as tourism, which is an exported service. Before the flotation, the tourism sector wasn’t able to offer the best prices in order to compete with other countries like Turkey, as we have a higher initial cost than them; however, following the CBE’s decision to free float the Egyptian pound, our costs were reduced, as we pay them in Egyptian pounds while we get paid in US dollars, allowing us to get back in the competition and increase our occupancy rates. Gradually, we can increase the prices a little bit and further increase our revenues.

Does the government need to provide further incentives to the tourism sector?

I believe the authorities have already done everything needed and more. The only thing that sometimes has a negative impact on the sector is that some government bodies try to increase their revenues through the tourism sector, without consulting the parties interested or even the tourism minister. One such example was the decision that every tourist should apply for a visa individually in the Egyptian embassy in his country, which was cancelled after two months, but after already causing harm to the Egyptian tourism sector for a whole season. Another example is the decision to increase the price of the entry visa to Egypt, which was cancelled as well [Editor’s note: the decision was so far only postponed, not cancelled]; such a decision hurt the sector and the economy at a very critical time for the country.