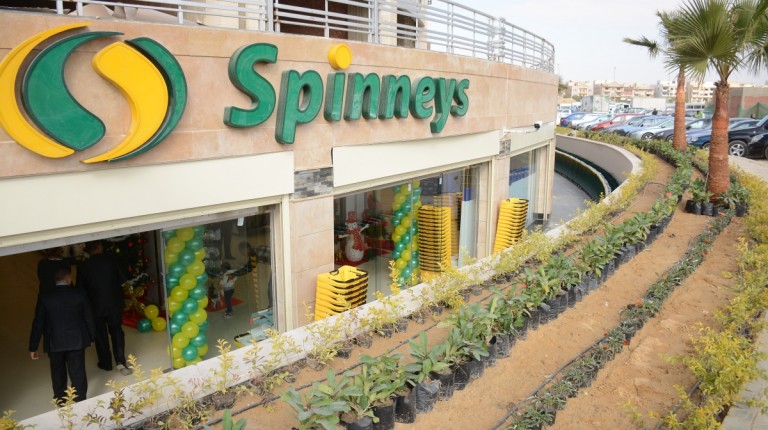 Spinneys continues its expansion across Egypt with its recent opening of a new store in Sheikh Zayed. On Thursday April 20, the newest Spinneys supermarket opened its doors to residents of the upscale neighbourhood of Sheikh Zayed in the new Mazar Mall.

“We are pleased to be responding to requests by local residents to open a new store in Sheikh Zayed with our unique brand,” said Mohanad Adly, CEO of Spinneys Egypt. “We already operate two stores in the 6th of October area since 2010 but this new store serves the Sheikh Zayed neighbourhood in particular.”

Adly pointed out that this is Spinneys’ 12th store to open in Egypt. Expectations were exceeded, despite competing grocery stores nearby.

“The number of customers proves the Spinneys brand is highly valued in Egypt,” Adly said. “We’ve developed a format that enables us to offer a very large variety of quality goods at a very competitive price and in very convenient locations.”

“Our investment in staff training is very rewarding and highly appreciated by customers,” Adly said. The Sheikh Zayed store creates 200 new jobs in the Spinneys workforce of now 1,600. All successful applicants are entitled to medical insurance, a rewarding incentive scheme, and training programmes.

The EGP 35m investment in this 2,500 square metre store allows Spinneys to offer fresh meat, fruit and vegetables, deli and dairy, bakery as well as an extensive range of non-food and general merchandise items. Customers are also able to use the Spinneys loyalty programme, providing them with the opportunity to collect and redeem points with every purchase.

The new store opening brings the total number of Spinneys hypermarkets and supermarkets in Egypt to 12 stores.  “We have an aggressive growth plan for Egypt with a very experienced retail team to see it through. Our strategy is to diversify our formats by opening big hypermarkets along with smaller size supermarkets conveniently located close to our customers.”

Spinneys opened its first branch in Egypt in 2006 and has since made significant progress in increasing its presence locally and also to enhance the brand’s image.

Spinneys continues to expand in Egypt

Will Abraaj Group be able to sell its stake in Spinneys?