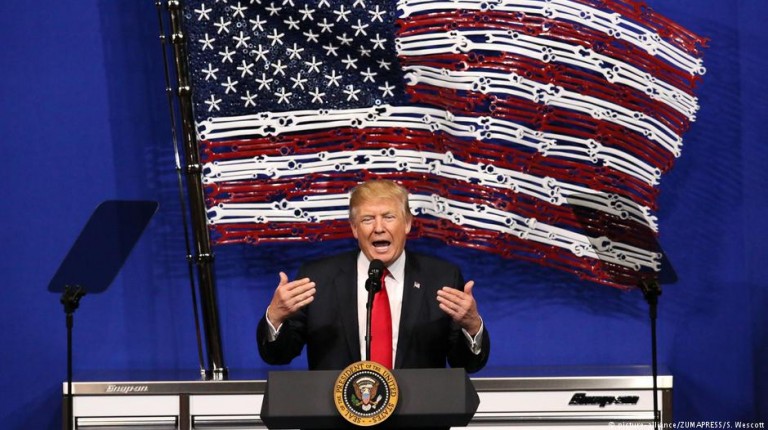 Tech giants like Google, Facebook and Microsoft signed an amicus brief in support of lawsuits against Trump’s ban against immigrants from several muslim nations. They are worried the ban could cause a “brain drain.”Dozens of the United States’ biggest technology firms have filed a “friend of the court” order to the appeals court of the District of Maryland, urging judges to throw out President Trump’s latest travel ban.

More than 160 tech companies, including the likes of Apple, Snap, Facebook and Microsoft, signed the brief with representatives claiming that the ban would lead to “substantial harm on US companies, their employees, and the entire economy.”

The “friend of the court” decree – also known as an “amicus curiae brief” – can be filed by a party which has a special interest in the case, but is not linked or solicited by the parties involved. The final outcome is at the discretion of the court.

Several other leading companies like Uber, Twitter, SpaceX and Google are supporting the brief, the largest single industry-led denouncement of a policy by the Trump administration.

“The second order effects a fundamental shift in the rules governing entry into the United States, and is inflicting substantial harm on US companies, their employees, and the entire US economy,” argued lawyers in the brief, which is available online.

On Thursday, Trump signed an executive order in Wisconsin which ordered a review of the H1-B visa program, designed to allow highly-skilled workers to be head-hunted by US-based companies.

Trump called for more protection for American workers, and claimed it was unfair on Americans because it was a lottery process.

Entrepreneurship and start-ups sector highly likely to grow in 2017