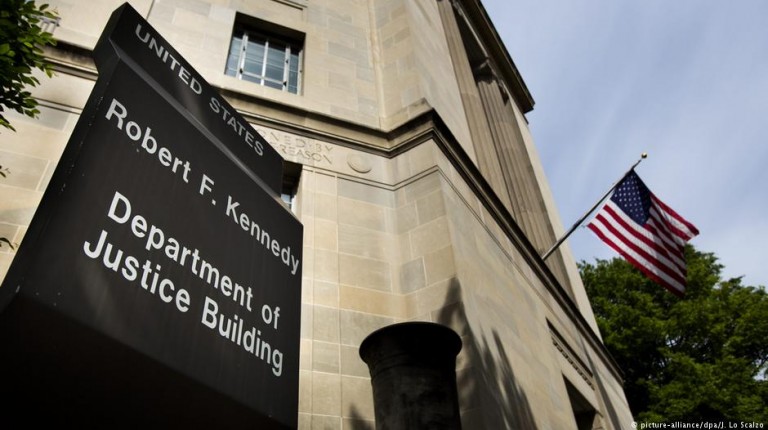 German carmaker Volkswagen (VW) has been ordered to pay a $2.8 billion criminal penalty in the United States as it struggles to bring to an end the long-running diesel emissions scandal that has engulfed the company.With the ruling on Friday, Detroit federal judge Sean Cox followed a deal negotiated by VW and the US Justice Department in January, comprising a $2.8 billion (2.61 billion euros) criminal fine and a $1.5 billion civil fine.

The ruling came after the German auto giant on March 10 pleaded guilty to conspiracy and obstruction of justice relating to a decade-long conspiracy to undermine US pollution standards.

The world’s largest carmaker had admitted that nearly 600,000 of its diesel cars in the US were programmed to turn on pollution controls during testing and off while on the road.

VW’s lawyer Jason Weinstein said the fine was an “appropriate and serious sanction.”

On Friday he rejected the request for such payments, saying the claims had already been covered by a consumer settlement last year in which VW agreed to buy back, or modify, the US cars involved in the scandal.

After fitting 11 million cars worldwide with devices allowing them to fool emission tests, Volkswagen has so far committed to paying out more than $22 billion in fines and compensation to drivers, dealers and authorities in the US alone. But experts estimate the final bill could be much higher.

Volkswagen also faces problems from Brussels, with EU commissioner for consumer affairs Vera Jourova complaining that nine million European customers who bought VW diesel cars were not being treated in the same way as their US counterparts.

During a meeting in Brussels in March, Jourova and representatives from consumer protection authorities in 22 European countries agreed on the need for coordinated action to help VW owners.

“The Dutch [consumer protection] authority will prepare a joint enforcement action,” EU Commission spokesman Christian Wigand said after the meeting.”We expect concrete results from this process by end of next month,” he added.

Jourova “encouraged the authorities to use all the means at their disposal to protect European consumers.”

VW chief executive Mathias Müller dismissed Jourova’s viewpoint as “not compatible” with his own, saying in the US “laws are very different and the technical problems are different.”